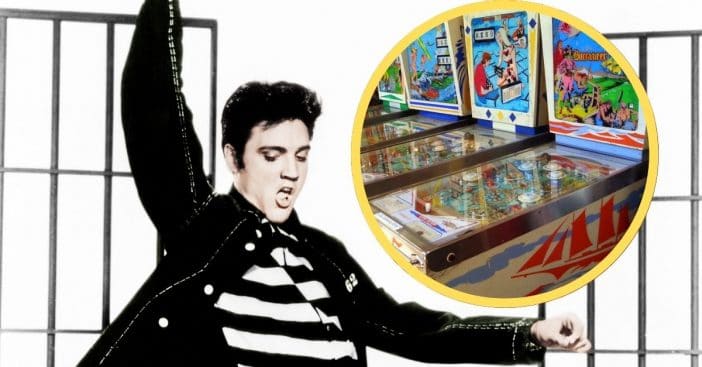 When Elvis Presley held court at his palace in Graceland, sometimes the King allowed his advisors a bit of fun with some classic pinball. Except, the machine had a very specific advantage for a very specific player, lest the King look lesser before his subjects.

Reportedly, it was completely rigged. Traditionally, this game always had an element of chance to it, complete with some ways to try and cheat, but this setup was as manipulated as it could get. This and more were revealed in a virtual tour granted to Express.

Earlier this year, Express.co.uk participated in a virtual tour of Graceland, allowing for remote viewing of the property inside and out. Angie Marchese, a tour guide archivist, narrated portions of the tour to explain what each part was showing. At the time of purchase in 1957, Graceland cost Presley $102,000. 10,000 square feet of actual housing resided within 14 acres of property.

Looking at the most original blueprints won’t tell the whole story for many reasons. Most notably, they wouldn’t show an addition Presley made in 1975 for a private racquetball court. The price tag for this addition came to $250,000.

“Not only was it just a racquetball court, but it also was a place where Elvis could relax,” Marchese explained of the area, which also possessed a seating area and bar. That bar, in turn, always had lime Gatorade and Mountain Valley Spring Water.

But, Marchese went on, “One of my favourite things to show you guys in here is right over in the corner and that’s this pinball machine. It’s called Knock Out and I’ve been told it’s been rigged for the first player to always win. And, of course, Elvis also went first! How fun is that?” To let off some steam from a pinball defeat, residents could go up to the roof and use the jogging track Graceland also boasted by request of the King. Such was the way Presley might spent time with his trusted group of friends and colleagues, the Memphis Mafia.

Click for next Article
Previous article: ‘Gilligan’s Island’ Star Dawn Wells Had An Injury That Led Her To Acting
Next Post: Andrew McCarthy Shares Behind-The-Scenes Facts About ‘Pretty In Pink’