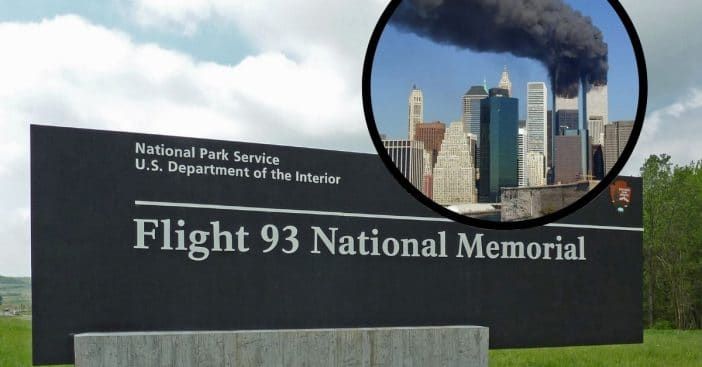 This September marks 20 years since the harrowing attacks of 9/11, with thousands of lives lost at the World Trade Center and other key locations in the United States by a coordinated terror attack. Flight 93, however, fell on a quiet Pennsylvania field, but its passengers and crew represent an unprecedented story of valor against harrowing odds.

Today, some 40 families have started an annual award to honor the victims and people today making a difference. The organization responsible for the award, Friends of Flight 93 National Memorial, also wants to make sure Americans remember the events of 9/11 and history that led up to it.

Millions visited the 9/11 memorial that stood in the footprints of the Twin Towers. In 2019, the National Park Service estimates the Flight 93 memorial saw around 411,000 visitors. Some of this can be explained because of location; Flight 93 crashed in a remote field in Stonycreek Township, Somerset County, Pennsylvania.

But the nonprofit Friends of Flight 93 National Memorial also wants to make sure this isn’t because people aren’t learning the story of the 40 passengers and crew who endured a plane hijacking on September 11. In the hands of the terrorists, their plane was destined to crash into the U.S. Capitol Building. The passengers quietly planned and coordinated an attempt to rush the cockpit and take back control from the four hijackers. The plane ended up crash-landing, leaving no survivors and the Capitol unharmed.

It was a completely different world before, during, and after the events of 9/11 and the nonprofit’s members feel painfully aware of that fact. Echoes of the 40 passengers and crew members live on in the messages they left on their loved ones’ answering machines. Young students learning about the events of that day ponder just what an answering machine is. Others don’t know such a memorial exists to the flight’s victims.

Schools don’t always know what to do with teaching 9/11. The event itself is, the organization stresses, part of a long domino chain of events that can roughly be traced to redrawing borders in the Middle East, then the path of history runs through the Soviet invasion of Afghanistan in the 1980s, America’s subsequent involvement, and so on. Then, the line continues after 9/11. The Flight 93 nonprofit wants to bring order to all that noise so every part gets the attention it deserves.

Emily Schenkel, a Bethlehem, Pennsylvania, resident whose godmother had been an attendant on Flight 93, explained of the new annual award, “The award is for things that were done in 2020, but how that ties back to 9/11 and Flight 93 and the resources that we have. So this is keeping that awareness and making these connections for younger people who either weren’t alive or don’t have a recollection of 9/11.” Those wishing to nominate a hero can do so on the organization’s website.

Click for next Article
Previous article: Rob Lowe Thanks Family While Celebrating 31 Years Of Sobriety
Next Post: Chevy Chase Shares Why People Were ‘Frightened’ Of John Lennon