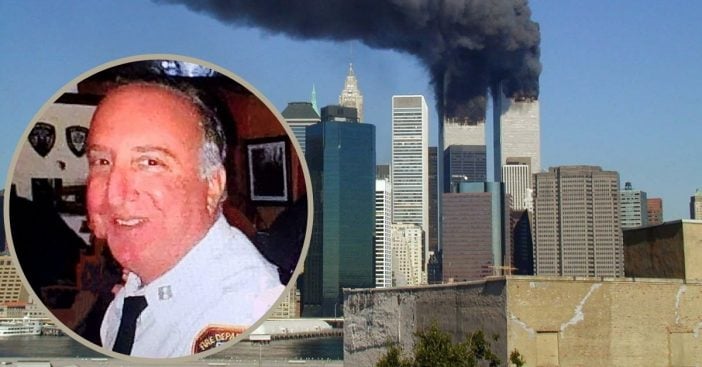 Ralph and Nicholas Gismondi, two brothers originally from Queens, New York, recently passed away from complications due to coronavirus. The pair were beloved in their communities, so much so that neighbors posed banners and signs in their honor after their deaths.

Ralph had been a first responder during the 9/11 terrorist attack, helping to rescue victims from the collapsing World Trade Center. He held the rank of captain in the FDNY and became a flight attendant on JetBlue airlines after retiring. His brother Nicholas had been an excellent baseball player at Monsignor McClancy High School. He went on to study accountancy and relocated to Westfield, New Jersey 30 years ago.

Ralph began to suffer from cough, fever, and shortness of breath on March 17. Two days later he and his wife Anne tested positive for coronavirus. The pair had known each other since they were teenagers. Ralph passed away due to complications from the virus on April 5. Because of coronavirus restrictions, Anne told CNN, “I could not have a funeral for him. I did not have, you know, that closure. It was just a freaking nightmare.”

Ralph’s brother Nicholas did not hear of his brother’s death until he too was in the hospital with coronavirus. He and his wife Mary Jane had begun to suffer from coronavirus symptoms in March as well. Twelve days after the death of his brother, Nicholas also succumbed to the virus.

The deaths of Ralph (68) and Nicholas (65) so close together must have been devastating to their families and friends. The pair were both pillars of their communities and CNN called them “big family men.” Ralph and Nicholas were also both beloved husbands and fathers. Nicholas’ son Chris described him as “the strong silent type,” “someone who always wanted to turn life’s lemons into lemonade,” and “would want everyone to know it was going to be ok.” They are also survived by their parents Nicholas, 96, and Josephine, 93, and sister Joanne.

Click for next Article
Previous article: Hugh Hefner’s Widow Crystal Remembers ‘The Legend’ Three Years After His Death
Next Post: Walgreens Cashier Uses Last Of Her Money To Help Customer, Gets Generously Repaid