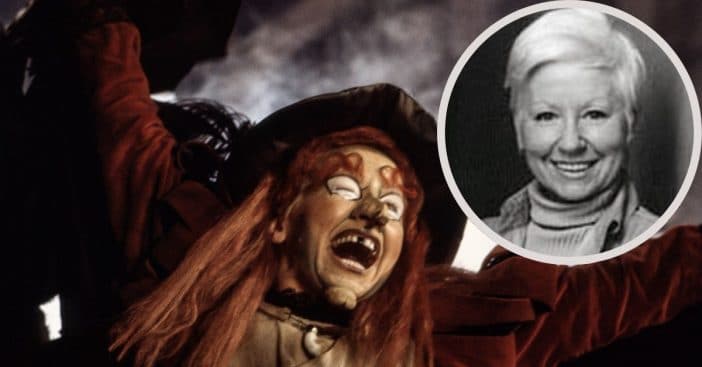 H.R. Pufnstuf star Billie Hayes was reported to have died on April 29. Her family shared that she died peacefully of natural causes at Los Angeles’s Cedar’s Hospital. She was 96 years old when she passed away.

She rose to prominence across 1969 to 1970 Saturday mornings as the wicked witch Witchiepoo. Unlike other Saturday morning classics, H.R. Pufnstuf was live-action, allowing Hayes to show her full range of Broadway-borne skill in comically excessive makeup.

The quiet to monumental rise of Billie Hayes

Billie Hayes was born on April 11, 1925, in small DuQuoin, Illinois. Her career in entertainment began early, when she was just nine, and started tap dancing at local theaters. DuQuoin theaters became stages across the mid-West. That, in turn, became Chicago, then New York, where she eventually took Broadway by storm.

RELATED: Feel Like A Kid Again Because Saturday Morning Cartoons Are Back

Soon, she earned a starring role in the popular musical Lil’ Abner, playing Mammy Yokum in both the play and film. This was only fitting for an actress whose Broadway debut was alongside Dame Maggie Smith in New Faces. Early TV appearances included characters resembling Mammy Yokum. Then came national acclaim among the kids as Witchiepoo.

Margaret Hamilton (Wizard of Oz) once told us that Billie Hayes was "one of the best witches ever” We couldn’t agree more. Rest in Peace dear friend. #RIP #Billiehayes pic.twitter.com/UW6k53apOG

H.R. Pufnstuf was a psychedelic live-action series that followed an anthropomorphic dragon by the same name. Billie Hayes brought the wicked Witchiepoo to life aboard her Vroom Boom. She gives Pufnstuf and a kid named Jimmy trouble too, intent upon stealing the talking flute, Freddy. Yes, sometimes the series was considered a drug trip.

Her performance would endure well past the short but unique life of NBC’s series. The minds behind the series, Sid and Marty Krofft, shared a post honoring Hayes upon news of her passing. “Margaret Hamilton (Wizard of Oz) once told us that Billie Hayes was ‘one of the best witches ever,'” they wrote. “We couldn’t agree more. Rest in Peace dear friend. #RIP #Billiehayes.”

Hayes is survived by by niece Nancy Powers, her nephews Tom Brosch, Louie Brosch and Guy Brosch, their spouses, and several great-nieces and nephews.