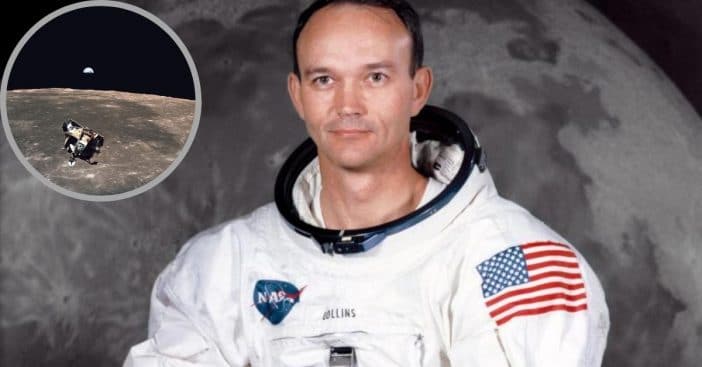 On Wednesday, April 27, Michael Collins passed away. His family shared that he died from cancer at the age of 90. Collins had been the command module pilot on Apollo 11, the craft responsible for shepherding humans to walk on the moon for the first time. Before mankind actually stepped foot on the moon, astronauts and cosmonauts had only endeavored to land empty vessels there.

Neil Armstrong and Buzz Aldrin actually ventured from their vessel to become the first humans to walk on the moon. Collins stayed in orbit, prompting his nickname as the “loneliest” NASA astronaut, and overall loneliest man in such groundbreaking moments in history.

One great flight for one man and all of mankind

We mourn the passing of Apollo 11 astronaut Michael Collins, who piloted humanity’s first voyage to the surface of another world. An advocate for exploration, @AstroMCollins inspired generations and his legacy propels us further into the cosmos: https://t.co/47by569R56 pic.twitter.com/rKMxdTIYYm

Following the death of astronaut and pilot Michael Collins, acting NASA Administrator Steve Jurczyk issued a statement honoring his greatest achievements. “As pilot of the Apollo 11 command module — some called him ‘the loneliest man in history’ — while his colleagues walked on the Moon for the first time, he helped our nation achieve a defining milestone,” the statement reads.

“He also distinguished himself in the Gemini Program and as an Air Force pilot. Michael remained a tireless promoter of space. ‘Exploration is not a choice, really, it’s an imperative,’ he said. Intensely thoughtful about his experience in orbit, he added, ‘What would be worth recording is what kind of civilization we Earthlings created and whether or not we ventured out into other parts of the galaxy,” the statement further reads.

It goes on, “His own signature accomplishments, his writings about his experiences, and his leadership of the National Air and Space Museum helped gain wide exposure for the work of all the men and women who have helped our nation push itself to greatness in aviation and space. There is no doubt he inspired a new generation of scientists, engineers, test pilots, and astronauts.”

On social media, Collins’s family shared news of his passing. They announced, “He spent his final days peacefully, with his family by his side. Mike always faced the challenges of life with grace and humility, and faced this, his final challenge, in the same way. We will miss him terribly. Yet we also know how lucky Mike felt to have lived the life he did. We will honor his wish for us to celebrate, not mourn, that life.”

"About the flight itself, the thing I remember most is the view of planet Earth … bright, beautiful, serene, and fragile."

The family then invites, “Please join us in fondly and joyfully remembering his sharp wit, his quiet sense of purpose, and his wise perspective, gained both from looking back at Earth from the vantage of space and gazing across calm waters from the deck of his fishing boat.”

Collins had been born on October 31, 1930 in Rome, Italy and came from a military family. The outbreak of World War II called his family to Washington D.C. Despite his mother’s desire for him to be a diplomat, Collins wanted to follow the family tradition of joining the armed services. As a member of the United States Air Force, Collins gained experience to be one of the best-educated among the groups of astronauts considered for the space program. The space research community mourns a monumental loss in human history.