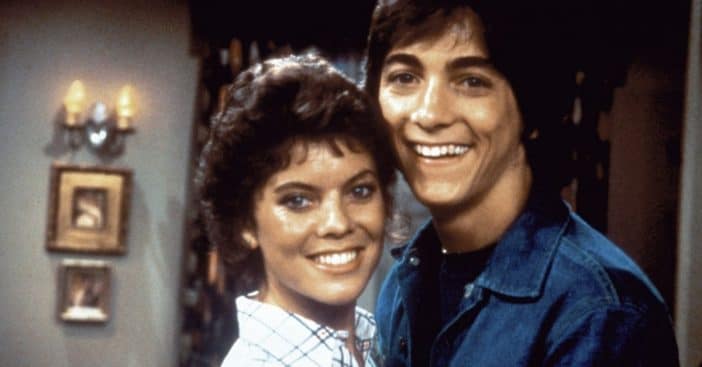 When audiences first met Joanie Cunningham, she’s the archetypal all-American teenage girl. Viewers meet her as a curious and innocently fun youth who ogles at makeout sessions and exhibits signs of puppy – or Potsie – love. Actually putting her in a makeout session was a gamble, but when the show did, the audience’s reaction was the perfect litmus test for determining how to move forward with Happy Days.

Erin Moran played Joanie for the sitcom. She and her character became the focus of the 1978 episode “Joanie’s First Kiss.” In it, audiences get to look at Joanie in a different way, after a gradual shift in her character overall. Here’s how they responded and what the show did as a result.

Often early in the series, Joanie would be nosy about her older brother Richie Cunningham’s makeout sessions with girlfriends. In season three’s “They Call It Potsie Love,” she also expresses a crush on Potsie, before befriending the mysterious, off-screen sexually active Jenny Piccalo. The final step down this mature path came with season five, episode 16’s “Joanie’s First Kiss.”

By this point in 1978, Moran was 18. But producers suspected audiences still at least saw Joanie as the kid sister to Chuck and Richie Cunningham, and Moran as the child actor bringing this archetypal little sister to life. Ultimately, Moran noted in 1981, “The audience doesn’t seem to mind that Joanie is no longer just a kid.”

Aging in front of the whole country

Moran went on, “When she got her first kiss, there was no big fuss. In fact, the studio audience showed us that they liked it. Later, the general audience loved it.” MeTV further writes that this response gave writers the green light to allow the script to shift focuses. From that point on, it would allow more focus on Joanie’s love life.

Moran attributes some of this success to the eventual relationship between her and Scott Baio, and the natural changes they experienced over time working together. “There was nothing serious until last year, when he finally grew taller and could bend over and kiss me,” she noted. Because this daring episode received good ratings, the show then let itself explore Joanie and Chachi as an item. What did you think of this big moment for young Joanie Cunningham and Erin Moran?