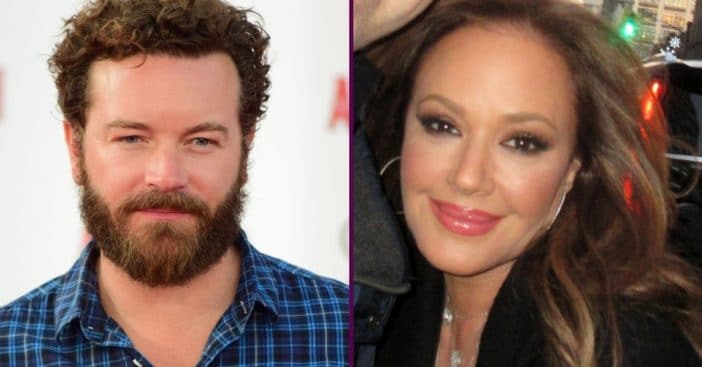 That ‘70s Show actor Danny Masterson wants a delay in his rape trial, citing Leah Remini as an influencing force among his accusers. He faces up to 45 years in prison if convicted of the charges pressed against him.

He claims that two accusers only came forward upon Remini’s insistence, and all three had been approached and encouraged by Remini. He further asserts that her celebrity status has the prosecution won over to her cause.

TMZ has reportedly obtained documents chronicling Danny Masterson’s accusations against Leah Remini’s influence in his charges. Masterson claims the King of Queens actress has prosecution “starstruck” and maintains a close relationship with LAPD detectives, “even using them as her personal security.”

RELATED: One Of Queen Elizabeth’s Relatives To Spend 10 Months In Prison For Sexual Assault

Regarding the multiple rape charges he faces, Masterson also asserts Remini had an influence in that. All of his accusers remain anonymously known as Jane Doe, and Masterson claims Remini urged three, eventually persuading two to press charges. As a result, Masterson wants more time for his defense to build its case.

The charges, those involved, and Scientology

Finally, victims are being heard when it comes to Scientology! Praise the lord! This is just the beginning Scientology, your days of getting away with it is coming to an end! #justice #scientologytheaftermath https://t.co/oAFlIoWFYd

“Finally, victims are being heard when it comes to Scientology,” Remini tweeted when charges were announced against Masterson. He was arrested in June of 2020, then in January pleaded not guilty to raping three women, one in 2001 and two in 2003. Two victims were 23 at the time and one was 28.

All attacks reportedly occurred at his Hollywood Hills home. If found guilty, Masterson could face 45 years behind bars. Remini, in her ongoing battle against Scientology, further celebrated, “This is just the beginning, Scientology. Your days of getting away with it [are] coming to an end!”

Click for next Article
Previous article: Cher Opens Up About Her Time In Pakistan Performing Elaborate Elephant Rescue
Next Post: Alex Trebek Once Stated His Daily Breakfast Routine: A Wild Junk Food Concoction