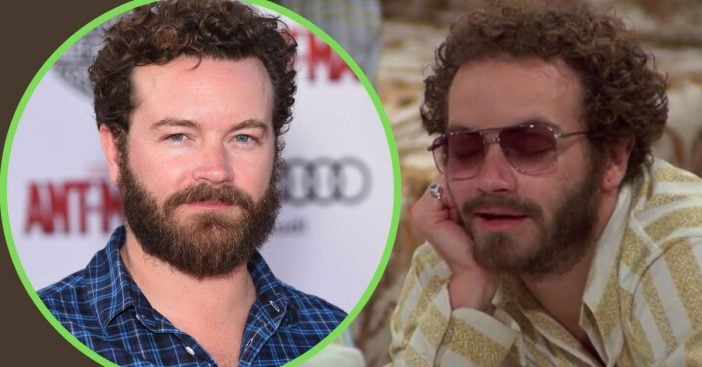 Actor Danny Masterson, best known from That ’70s Show, has been charged with forcibly raping three women from 2001 to 2003. This warrant against Masterson is for three separate counts of rape in the assault of three separate women.

Attorney insists that Danny Masterson is innocent of these charges

The actor could face up to 45 years to life in prison if found guilty of all three charges. His attorney, Tom Mesereau, insists in a statement that the actor is completely innocent and says that “all evidence will come to light.”

His statement to NBC News reads, “Obviously, Mr. Masterson and his wife are in complete shock considering that these nearly 20-year old allegations are suddenly resulting in charges being filed, but they and their family are comforted knowing that ultimately the truth will come out. The people who know Mr. Masterson know his character and know the allegations to be false.”

He had similar accusations back in 2017

For instance, Masterson left Netflix series The Ranch back in 2017 after four women accused him of rape. He denied these accusations. He starred in the show with former That ’70s Show co-star Ashton Kutcher. It is not clear if these allegations from 2017 are related to the same ones coming to light now.

“I am obviously very disappointed in Netflix’s decision to write my character off of ‘The Ranch.’ From day one, I have denied the outrageous allegations against me,” Masterson said in a statement back in 2017. “Law enforcement investigated these claims more than 15 years ago and determined them to be without merit.”

In conclusion, learn more about his charges below: