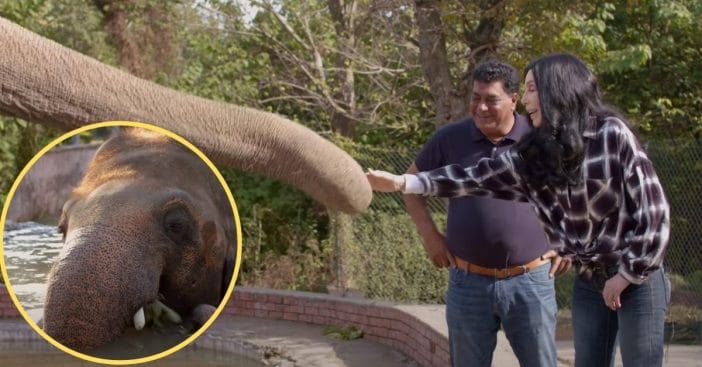 Cher recently opened up with Entertainment Weekly about her time in Pakistan performing an elephant rescue. It all started with one tweet. “It was the kids on Twitter, they did this! They wouldn’t leave me alone. I kept thinking they’d just stop when I didn’t respond, but, somehow they didn’t,” Cher tells EW.

Cher & the Loneliest Elephant will officially be airing on Paramount Plus on April 22nd, detailing her entire trip from LA to Pakistan in order to save Kaavan the elephant from three whole decades of abuse and mistreatment.

Cher is candid about her elaborate elephant rescue

“It was the only way [the government] would let him go, if I went there personally [so] I had to come and pick him up personally in a raging pandemic!” Cher adds. She even shares that she sang to Kaavan, and he loved it. “Elephants love music! They adore it! Go online, there’s a video of a concert pianist who took his piano into the wild and [the elephants] are all standing around crying!” She says.

“People can look at their pets that they love and read their demeanor, but elephants are much nicer than people, which isn’t saying much.”

Kaavan is now on the path to freedom

So, what’s Kaavan up to now? Cher keeps tabs on him. “I keep tabs with [the people with him] to see what’s going on. There are three different tiers: He’s in the first one, that big enclosure, so he’s in that to get acclimated to where he is. It’s a much better place for him even though it’s very hot right now,” she explains.

“They’re building a little lake now, because elephants love swimming, so they’ll be there together and have gotten used to one another enough by being close to each other for treat time. That, for all intents and purposes, is a jungle…. He’ll feel free!”