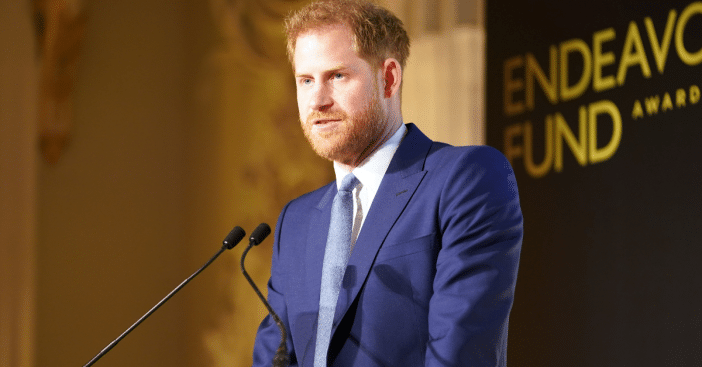 The falling out between Prince Harry and his royal relatives has been a gradual slope of mounting momentum over the last few months. Since his and Duchess Meghan’s official departure in early 2020, they’ve been relatively divorced from the long-established norms of the other Windsors. Now, the Duke of Sussex has stepped fully away from royal responsibilities and is instead entering Silicon Valley.

There, he’s taking up work with the startup called BetterUp. He’ll act as an executive of the company, specifically as a chief impact officer. The company in question is all about personal growth and upward movement in one’s career.

#PrinceHarry: “I firmly believe that focusing on and prioritising our mental fitness unlocks potential and opportunity that we never knew we had inside of us. As the Royal Marine Commandos say, ‘It’s a state of mind.’ We all have it in us.” https://t.co/gSal0qerhJ

BetterUp describes itself as all about “mobile-based coaching, counseling, and mentorship for both personal and professional growth.” At 36, Prince Harry is no longer an active part of the royal family, but is instead an official employee with the Silicon Valley-based startup.

The company announced the new partnership on Tuesday, with Harry now part of the executive team as chief impact officer. This puts him specifically in a position to champion mental wellness. His new duties see him enabling greater dialogue surrounding mental health, which became a topic of personal interest when he was very young. His late mother, Princess Diana, enriched the innate desire to help others through her own work.

Goals for the present and future

“I firmly believe that focusing on and prioritizing our mental fitness unlocks potential and opportunity that we never knew we had inside of us,” the duke explained of his motivations for taking this job. “As the Royal Marine Commandos say, ‘It’s a state of mind.’ We all have it in us.” Indeed, his last job took Harry, in secret, to the war effort in Afghanistan, a far cry from the quieter battle he’ll be fighting in Silicon Valley. He left there with great reluctance when the media uncovered his presence there.

Now, he’s very open about his new line of work – and almost has to be. He further outlined, “Being attuned with your mind, and having a support structure around you, are critical to finding your own version of peak performance.” Ultimately, the estranged royal plans to “build supportive and compassionate communities and foster an environment for honest and vulnerable conversation. And my hope is to help people develop their inner strength, resilience, and confidence.”

Click for next Article
Previous article: Katie Couric Says She Would Never Host ‘Jeopardy!’ Full-Time
Next Post: Michael Landon Said His Ex-Wife Was Happier After They Divorced