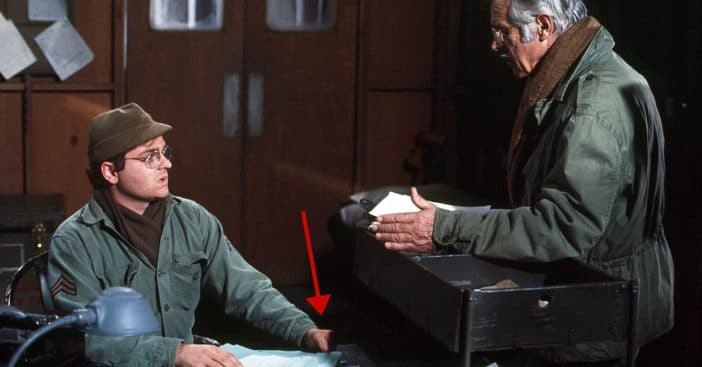 Gary Burghoff’s performance as Radar in M*A*S*H is often hailed as one of his very best jobs as an actor. Thanks to him, Radar became an iconic part of the popular program. For all his success, however, he endured one prolonged insecurity that made him actively hide his hand from the camera.

His left hand, to be specific. Showing it on camera, especially in the same frame as his right hand, would draw attention to the unique condition he’d lived with since birth. This resulted in some of his fingers being significantly shorter than average.

While playing Radar on M*A*S*H, Gary Burghoff would go to some discrete extremes to hide his left hand. Most popularly, he hid his hand in his pocket. When it needed to be out, he tried to always hide it with a clipboard, or else hide it under a table.

All this is a far cry from Burghoff’s original vision for his future, according to Outsider. Actually, the actor’s first big dream brought him to the dance floor. As a young man, he studied dance, which caused him to fall in love with tap. He also mastered drumming. A lot of his actions would be impacted by something he lived with since birth, though.

Anatomy of an actor

Gary Burghoff was born in 1943 with brachydactyly caused by Poland syndrome. This condition makes some digits significantly shorter than average. In Burghoff’s cast, the middle three fingers on his left hand were actually much shorter than those same fingers on his right hand.

Brachydactyly can cause bone dysostosis, or some abnormality of the bones, in fingers as well as toes. Overall, Poland syndrome causes underdevelopment of the body, usually favoring one side, and can manifest in the chest, shoulder, arm, and hand. From there, the extent varies between individuals. Medline Plus reports that 1 in 20,000 babies may be affected and that the disease happens more often in males than females. All the odds aligned when Burghoff was born, leaving him with a condition that caused him a degree of self-consciousness and insecurity. But fans always know him as a star worthy of celebration.

Click for next Article
Previous article: College Students Once Protested ‘The Sound Of Music’
Next Post: How To Become A ‘Wheel Of Fortune’ Contestant