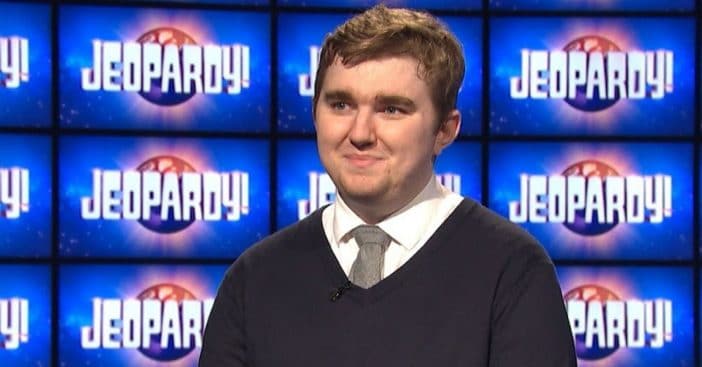 On February 5, Brayden Smith, a five-time Jeopardy! champion died suddenly. His death shocked his family and fans of the show and his remarkable progress. Adding to the shock was Smith’s age, which was just 24. According to Yahoo, Smith reportedly died following complications from surgery.

Smith got to live out one of his dreams at a pivotal point for the gameshow and its late former host Alex Trebek. Indeed, he’s sometimes referred to as “Alex’s Last Great Champion,” according to Yahoo.

Debbie Smith, mother of the late 24-year-old Jeopardy! champion Brayden Smith, spoke with a local CBS station in Las Vegas. Smith called Las Vegas home for most of his life. There, Debbie shared that Smith had died of complications following surgery.

He was 24 years old and already accomplished a lot. Smith was interested in a wide variety of subjects that helped him win at Jeopardy! five times near the end of Trebek’s time as host. He also had the chance to intern in D.C. to start pursuing his interests in legal studies.

The outpouring of love for Brayden is overwhelming. We can’t express how much your beautiful comments are comforting us during this painfully sad time. Thank you. ❤️

Smith’s family has received an abundance of support and condolences from Jeopardy! fans – and simply from people with loved ones mourning such a loss for a family. Debbie Smith tweeted, “The outpouring of love for Brayden is overwhelming. We can’t express how much your beautiful comments are comforting us during this painfully sad time. Thank you.”

Smith’s family started a memorial fund in his honor, CBS reports. The fund’s goal is “furthering the educational aspirations of Southern Nevada Students.” This would honor Smith as, quoting his obituary, “a lover of knowledge and an advocate for justice.” Rest in peace to a champion of Jeopardy! and a true inspiration.

Click for next Article
Previous article: An Uncle’s Liver Donation Ends Up Saving Nephew’s Life – And His Own
Next Post: Prince Philip Is Currently In The Hospital After Feeling ‘Unwell’