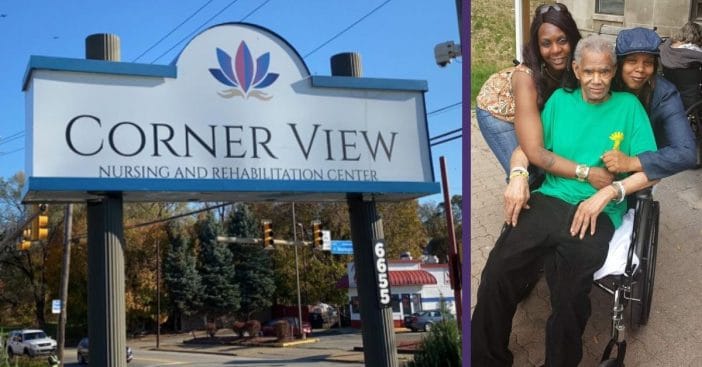 A Pittsburgh nursing home is now being accused of not informing a man’s family that he had passed away. Moreover, 90-year-old Paul Tyler’s body was cremated without the family’s knowledge or consent. Tyler’s granddaughter, Danielle Miller, speaks out about the horrific situation. “Our family is devastated. We didn’t get a chance to bury him. We didn’t even get a chance to say goodbye,” she says. “I’m hurt and I’m frustrated, because my granddad was loved.”

Tyler had been living at Corner View Nursing and Rehabilitation Center in Homewood for seven years. Miller called the nursing home before planning to visit him this past Christmas and was taken back when they told her this news. “The nursing assistant was like, ‘Oh, he passed away months ago.’ And we’re like, ‘What!?’”

Prestige Healthcare Group, LLC took over management of the nursing home in January and told Miller that they had no contact information for the family. “I was like, ‘How is that even possible, when I’m the primary contact? I’m the one that put him there!’” Miller says.

“I informed them, ‘You guys have brought him to my house several times, he came to my mom’s funeral, he came to my aunt’s funeral, we went to visit him when my dad passed away and he’s been to my house. How did you not have, you know, our information?’” Miller says that the employee’s response was, “I don’t know.”

Filing complaints left and right to no avail

Tyler officially dies on October 30th and officials take him to Allegheny County Medical Examiner’s Office as “unclaimed.” The office claims that they tried to locate a next of kin, but only found his estranged wife of more than 20 years. With that being said, his body was sent off for cremation. To make everything even worse, Miller was informed that $700 would need to be paid to access the ashes and death certificate.

It’s been a pretty crazy situation for the family to deal with as Miller has been calling Corner View and no one has returned any of her calls. She has filed complaints with the Pennsylvania attorney general and the Department of Health. “I’m not going to just let this go. They dropped the ball. They dropped the ball, big time,” she says.

According to reports, Corner View has a history of serious violations. These violations include dangerous sanitation issues just in Feb. 2019. Investigators went to Corner View to try and get some answers. What they got was that the administrator in charge when Tyler died, Rodney Brooks, is not with Corner View or Prestige Healthcare Group anymore. His last day was Feb. 5th, which was just two weeks after Miller had filed her complaint with the Department of Health.

“When I took over the building in February of 2019, the facility was in trouble with the Department of Health,” Brooks says, according to the investigators. “We put systems in place, did a lot of training, updated policy and procedures and provided the tools necessary for staff to use.” Reports confirm that Corner View previously had 30 serious violations and went down to five low-level deficiencies as of December 2019. As for Miller and the rest of the family’s situation, Brooks says that what happened was “negligence.” He says, “It’s very heartless. You don’t do that to somebody.”

Click for next Article
Previous article: Jennifer Aniston, 51, Shines In Photo Shoot And Interview About Life
Next Post: Teen Drops Out Of School After Being Told To Cut Hair He Was Growing For Sick Sister