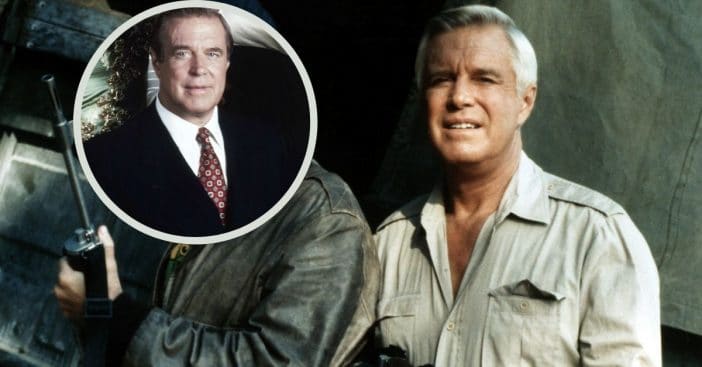 Who else loves when a plan comes together? It’s enough to get anyone on the jazz, rather like John Hannibal Smith, resident adrenaline junky played by George Peppard on The A-Team. But what became of him after his life as a soldier of fortune with this wrongfully pursued band of action icons?

The A-Team itself would consist of military men of various ranks. So, that made it especially fitting for Peppard, born on October 1, 1928, who would also join the Marines. He even rose to the rank of corporal before he went on to study civil engineering – with some theater on the side at college. He’d actually later call his revelation that engineering wasn’t for him, “the best decision I ever made.”

George Peppard fully pursued his acting ambitions by moving to New York. There, while supplementing his training, he took on a wide variety of different jobs for an income. Gradually, relevant acting work trickled in. Peppard won more exposure through a combination of hard-taught skills and memorable good looks. Increased fame even made publications acknowledge him as a rising star and fad of sorts. Thanks to all this, he earned his biggest role back then, Paul Varjak in Breakfast at Tiffany’s.

TV offered an off-again, on-again reprieve for the actor, who fell on some hard times financially and even went to court in Boston on some serious charges. It looked like a casting in Dynasty might give his career a big surge. However, he butted heads with production, for one thing believing Blake Carrington was too similar to J.R. Ewing in Dallas. When one door closes, though, another opens, and one victorious audition later, he became John Hannibal Smith in The A-Team.

Where is George Peppard today?

The A-Team gave Peppard’s stardom a boost it hadn’t had since Breakfast at Tiffany’s. But his ego started taking a beating when Mr. T began to take the reins of public popularity. Things got worse when Peppard learned that Mr. T actually made more money.

Still, despite his insecurities, the show did lead the way for the tv movie Man Against the Mob. Additionally, his 1994 episode on Matlock was supposed to serve as a backdoor pilot for a series about a father and his estranged daughter working as private investigators. However, Hannibal’s love for cigars in addition to Peppard’s cigarette habit, led to the actor dying from pneumonia just eight days after that Matlock episode aired. He was just 65. Rest in peace, Colonel.