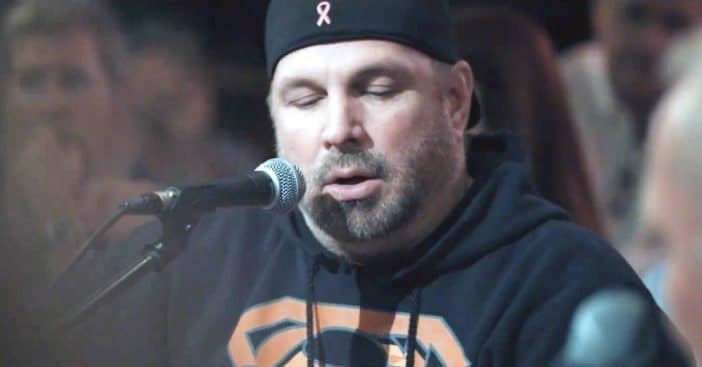 Country singer Garth Brooks performed “Amazing Grace” at President Joe Biden’s inauguration yesterday. After the performance, he shook hands and hugged the President, Vice President Kamala Harris, and all former presidents and first ladies that were there.

This sparked a mixed reaction amongst fans. Some thought it was a heartwarming moment, especially during a time when most of us can’t hug our loved ones. Others thought it seemed risky for Garth to hug so many people without wearing a face mask.

Handshakes and hugs all around after @garthbrooks performs on #InaugurationDay pic.twitter.com/pnN1GrtO4e

His team assured fans that he had been tested negative for COVID-19 three days in a row, including the morning of the inauguration. However, some still argue it wasn’t a very good example for others during a pandemic.

RELATED: Was Garth Brooks’ Drive-In Concert Worth The $100 Per Car?

What’s your take on the situation? Either way, you have to admit his rendition of “Amazing Grace” was beautiful! Watch it below:

Click for next Article
Previous article: Randy Parton, Brother And Bandmate Of Dolly Parton, Dies At Age 67
Next Post: Whatever Happened To George Peppard, John Hannibal Smith From ‘The A-Team’?