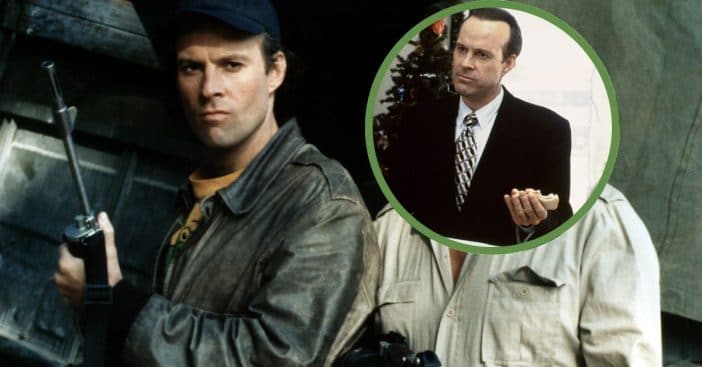 Was Howling Mad Murdock really mad? It could be difficult to say, since his bouts seemed to come at convenient times. None inspired confidence from the already helicopter-wary Bad Attitude. Fortunately, that didn’t extend to his actor, Dwight Schultz, valued member of The A-Team. What did he get up to after landing the chopper?

Born in Baltimore, Maryland, Dwight Schultz started his career in 1981 with some scattered roles, including an episode of CHIPS. There, he helped the motorcycle cop show become an enduring success that exemplified a simper time with deep characters.

Breaking through as a soldier of fortune

Captain “Howling Mad” Murdock ended up Dwight Schultz’s breakthrough role thanks to The A-Team‘s success. Indeed, he proved too good and almost ended up fired. Fortunately, this was as short as Mr. T’s unemployment from The A-Team and he went on to become an integral part of the show.

Following that, fans could keep seeing him in some favorites, as Lieutenant Reginald Barclay in the Star Trek franchise. Then, he would co-star alongside Paul Newman in 1989’s film, Fat Man and Little Boy. But he also stayed true to his roots and joined Dirk Benedict to make cameos for a movie of The A-Team.

What is Dwight Schultz doing now?

Until 2009, Dwight Schultz had hosted a conservative radio program, which he called Howling Mad Radio. But don’t worry; fans can still hear his famous voice in quite a bit of voice over projects. He’s played Eddie the Squirrel on Nickelodeon’s Catdog and basically worked constantly with cartoons and video games since the late ’90s. His game titles include some pretty popular games for their time and to this date, such as Dragon Age II, Spider-Man 2, The Elder Scrolls V: Skyrim, Fallout 4, and more.

Today at 73 years old, he and the Faceman regularly attend conventions related to their work. Through it all, he’s been married since 1983 to actress Wendy Fulton who played Jean Hackney on 23 episodes of Knots Landing. Together, they have one daughter, Ava, who is currently in the Marines.