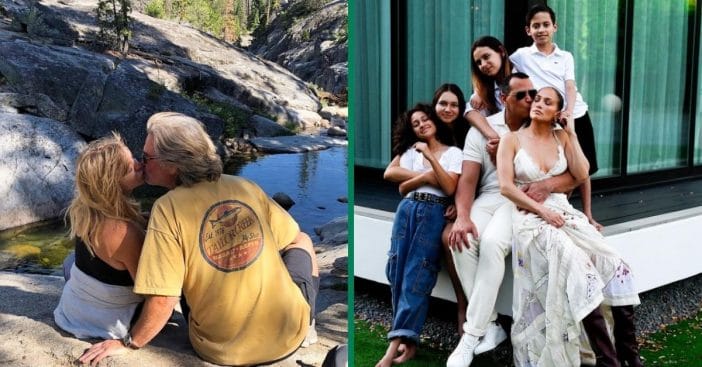 When naming iconic duos, some major examples come to mind. Starsky and Hutch. Harri and David. And, of course, Goldie Hawn and Kurt Russell; these two share a remarkable bond that others, including Jennifer Lopez, want to imitate.

That means doing things a little differently than expected but with the same amount of love still present. Even though they’ve been nominally together, Russell and Hawn never formally got married. However, they’re prime examples of Hollywood couples that can endure.

When she stopped by for an interview, Jennifer Lopez turned the conversation to the golden couple Goldie Hawn and Kurt Russell. She spoke on Andy Cohen’s SiriusXM show, “Radio Andy.” She’s currently in a relationship with Alex Rodriguez. However, inspired by the Overboard couple, the two debated not actually tying the knot.

She mulled over their options, stating, “We’ve talked about that for sure. At our age, we’ve both been married before, it’s like, do we get married? Do we not? What does it mean for us?” Jennifer Lopez is 51 years old as of July 2020. Alex Rodriguez turned 45 this July. Ultimately, she concluded, “It comes down to personal, what do you want to do? There’s definitely no rush though.”

A major change of plans

Originally, the union of Jennifer Lopez and Alex Rodriguez might not have been in the style of Goldie Hawn and Kurt Russell. They’d been engaged and due to marry this summer. However, their Italian wedding was derailed by the devastating coronavirus pandemic. This threw off everything, Lopez explained, because “we planned it all.”

Lopez calls it “disappointing,” but wonders if things happen for a reason. She mused, “You just think to yourself, well, things will happen in their divine time in a way, but the same thing with like the Goldie thing and Kurt, you think: Do you have to? Should we? It just kind of gave us a moment to pause and think about it.” She did indeed conclude, “It’ll happen when it happens.” For the moment, they too represent a functional joint, mixed household. They’re living together as parents to Lopez’s children Max and Emme and Rodriguez’s daughters Natasha and Ella. Natasha is the oldest at 16, with the other three aged 12. Even with all this marriage doubt and speculation, the couple certainly has a lot of fun together. Watch their take on a new viral trend in the video below.

Click for next Article
Previous article: Elvis Presley Banned Priscilla From Eating This At Graceland
Next Post: Whatever Happened To Dawn Wells, Mary Ann Summers From ‘Gilligan’s Island’?