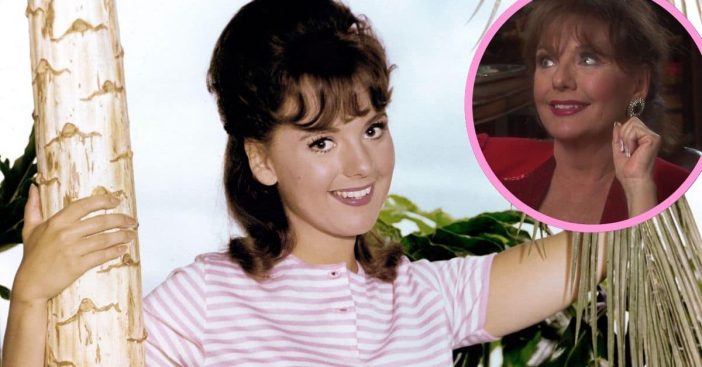 Life marooned on a deserted island comes with many downsides, for the most part. Part getting stranded with the Gilligan’s Island cast at least guaranteed an eventful day until escape. While the Skipper tried to help the castaways and Gilligan bumbled about, one woman stood as the voice of reason: Mary Ann Summers, played by Dawn Wells.

Dawn Wells was born on October 18, 1938, in Reno, Nevada, and for the longest time had no major exposure to acting. In fact, she originally pursued chemistry. But one transfer to Seattle later and she graduated with a theater and design degree in 1960. She earned some fame even before the degree thanks to her crowning title Miss Nevada. This triumph brought her all the way to New Jersey for the 1960s Miss United States pageant.

Dawn Wells had plans to become a ballerina. However, classes made her realize this wouldn’t be the case; her body simply wouldn’t cooperate. She explained her knee continually dislocated. After so much of this, she turned to acting. “Hence…Mary Ann was born and I loved her.” Viewers and islanders alike loved her too. She brought excellent cooking and wise words of wisdom to the island. All in all, her character proved simply…good. Wholesome and engaging defined Mary Ann thanks to Dawn Wells.

RELATED: ‘Gilligan’s Island’ First Aired 56 Years Ago — This Is What The Cast Is Up To Now

After Gilligan’s Island, though, she did take to the theater in earnest. Reportedly, that became a major source of income for her because Gilligan’s Island definitely wasn’t. In fact, in a Forbes interview, she revealed another castmate on a similar spot of the totem pole got hardly any residuals, and her salary wasn’t anything great either, particularly when compared to Jim Backus and Tina Louise.

Still, she has a strong TV presence, appearing in some classics of the age, including The Love Boat, Fantasy Island, ALF, Roseanne, and more.

Does Dawn Wells have dementia?

Outside of acting, Dawn Wells lives a life of charity and challenge. On the one hand, she still uses what she has to help others, not unlike what Mary Ann would do. She dedicates her time to a teaching career to continue passing on that wisdom to others. With her influence and money, she also launched the Wishing Wells Collections a clothing line dedicated solely to people with disabilities.

However, TMZ also reported in late June of 2020 that Wells also battled dementia. The outlet cites legal documents that suggest a fan is harassing Wells with phone calls. Her manager, Leonard Carter, also alleges the Ohio-based man is taking advantage of her dementia. The documents claim this “artful manipulator extracting Dawn’s personal info” has caused the actress “great mental angst.” Fans were devastated when news broke about Wells sadly passing away at the age of 82 in December 2020 from COVID-19-related causes. We will always remember her as Mary Ann Summers.

Click for next Article
Previous article: Jennifer Lopez Wants To Mimic Kurt Russell and Goldie Hawn’s Relationship Style
Next Post: Dawn Wells Reveals How She Came To Be Cast On ‘Gilligan’s Island’ And The Family She Made