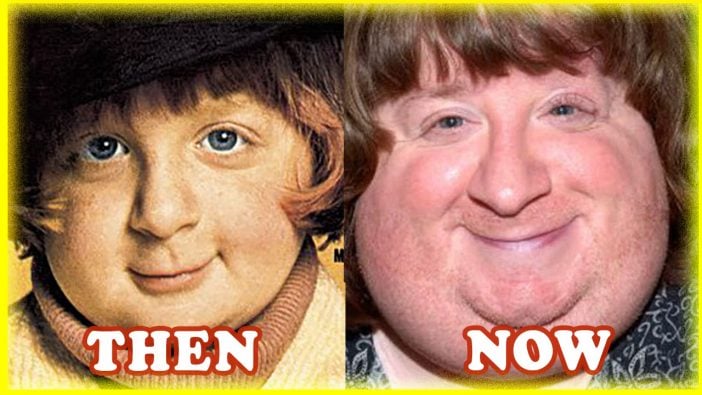 Being a kid in the 1970s was great. Watching Scooby-Doo, playing Space Invaders, taking care of your pet rock – the decade was a great time to grow up for most people. But for child stars – not so much. Long hours of work and the unbearable scrutiny of being in the limelight 24/7 robbed these kids of a normal childhood.

While some were able to cope with their fame, many others were not and led far from happy lives. Today we’ll be looking at some of the biggest child stars of the ’70s whom time has forgotten.

What’s more loveable than a little girl possessed by the devil spewing both her guts and vulgar profanities? Probably anything. However, America didn’t care when The Exorcist was released in 1973, and Linda Blair became a massive star. Just 13 when the film was made, Blair won a Golden Globe for her unsettling portrayal of Regan, the little girl whose head spun like a top. After her breakout role, Blair rebelled against being a perfect little child star. In 1977 she was arrested and charged with felony drug possession and distribution in connection with a $3 million dollar cocaine seizure.

She finally shed the title of child star and achieved sex symbol status for her salacious role in 1979’s Roller Boogie – a film about disco roller skaters in skintight spandex thwarting the mob. Which is the sexiest thing I can think of. In the early ’80s, Blair dated Rick James for two years with James stating, “She liked to get high and get down as much as I did.” I guess she really was a “super freak.” Blair’s later film’s consisted mainly of “B” horror and slasher flicks, and recently she’s been focusing more on her other passion, animal rights activism. But the power of Christ compels me to remind you just how big a star she was.

A tiny child with limitless charm and the face of an old man. During the 1970s, Reese was ubiquitous in commercials and was able to sell anything, hocking everything from Raisin Bran to Dunkin Donuts. When he mispronounced smorgasbord as “borgasmord” in a 1973 ad for deviled ham, a new national catchphrase was coined and Reese won the first of seven Clios for best actor in a commercial. His career didn’t last long, however, and by the age of 17 Reese was burned out on acting and quit the business forever – understandable for a kid who had made over 75 commercials in ten years!

When your parents are Sonny and Cher, it would be impossible not to be a child star. Chaz Bono, born with the name Chastity – shot to fame in the early ’70s appearing on his parent’s hit TV show The Sonny and Cher Comedy Hour. Cher was the biting wit, Sonny the straight-man, and Chaz the almost irresistibly cute one. Despite his early fame, Chaz decided not to follow in his parent’s footsteps and shunned the limelight. He had a brief musical career in the late ’80s with the band Ceremony but didn’t find his calling until famously coming out as a lesbian in 1997, followed by undergoing female-to-male gender transition between 2008 and 2010.

Since then, Chaz has been an outspoken activist, working as a writer for The Advocate, a national magazine promoting LGBTQ rights. He also appeared on a season of Dancing With the Stars, becoming the first openly transgendered man to star on a major network show for something not transgender-related. He danced into our hearts as a child star in the ’70s, and has been dancing ever since!

What were you doing when you were 10? Climbing trees, watching cartoons, wetting the bed? Well, Tatum O’Neal had just become the youngest person to ever win an Oscar! O’Neal starred alongside her father as a con artist too adorable to resist in 1974’s Paper Moon. The movie catapulted her to fame, and over the next few years, she starred in such films as The Bad News Bears with Walter Mathau and International Velvet alongside Anthony Hopkins. At this point, O’Neal was on top of the world. But unfortunately, the good times were not going to last, and when she fell, she fell hard.

Her famous father had exposed her to drugs at a young age, and by the time she was 17 O’Neal was living on her own, partying non-stop and abusing any substance she could get her hands on. A marriage to tennis great John McEnroe helped slow down her wild ways, but after their volatile relationship ended in 1992, O’Neal slowly slid back into a world dominated by drug use. When she was a kid, she was winning Oscars and when her daughter was a kid she was playing with syringes she found in O’Neal’s bedroom. Talk about rock bottom. But after losing custody of her children and an arrest for crack and heroin possession O’Neal sought help and got clean, and remains sober to this day. A true Hollywood rollercoaster of a life.

We all think we know the script for a child actor’s life because we’ve seen it played out so many times: Get famous way too young. Be unable to handle the fame and attention. Turn to drugs and alcohol to cope. The stereotypical sad story. But Peter Ostrum, the star of 1971’s Willy Wonka and the Chocolate Factory, was luckily able to escape that fate. Ostrum was just 12 years old and had never acted on TV or film when he was cast as Charlie Bucket. Talk about finding a golden ticket!

Ostrum’s inexperience didn’t matter a bit – it actually led to an effortlessly charming performance. Industry pro Gene Wilder taking him under his wing and showing him the ropes also couldn’t have hurt. After Ostrum became a household name he was offered a three-film contract, but he turned it down to pursue his first love, animals. Now a veterinarian in New York, Ostrum for a long time kept his starring role a secret – if anyone from his town recognized Charlie Bucket, he would tell them it was actually his brother! He may not own a chocolate factory in real life, but he certainly had a happy ending.

There are child actors who have led hard lives, there are child actors who have led easy lives. Then there’s Mackenzie Phillips, whose life reads like a story from ancient Rome. The daughter of The Mamas and the Papas singer John Phillips, Mackenzie became a star when at the age of 16 she was cast as rebellious yet lovable teen Julie on the sitcom One Day at a Time. The show was a smash hit, and soon Phillips was making more than $50,000 dollars a week. Unfortunately, the good times would not last. Surrounded by the Rock ‘N Roll lifestyle, Phillips had first used cocaine at the tender age of eleven, with her father even injecting her with the drug upon occasion. After years of drug use, Phillips began to give in to excess.

After two near-fatal overdoses, she was fired in 1982 from the show that made her famous. Phillips later revealed the worst of it.. that at 19 on the night before her first marriage she blacked out, and came to having sex with her father. Which is about the most horrible thing you can imagine. It was a sexual relationship that would last for ten years, only ending after Phillips became pregnant and her father paid for an abortion. Which is enough to make anyone turn to drugs to cope. Phillips continued to struggle with addiction, being arrested in 2008 for trying to bring cocaine and heroin through security at the Los Angeles airport. But after a stint on celebrity rehab, Phillips is now clean and acting again – a positive ending to a truly heartbreaking tale.

Kim Richards shot to fame in the early ’70s when she played the adorable youngest daughter in the sitcom Nanny and the Professor, and a psychic alien girl in the Disney hit Escape to Witch Mountain. As the archetypal sweet little blonde, audiences instantly fell in love with her. Richards continued to have a stable if not spectacular career – making appearances in such shows as Magnum, P.I. and The Dukes of Hazard in the ’80s. While she never sank into drug addiction the way other child stars did, Richards did not always have the happiest life. In 1991 Richards was on the phone with her finance John Collett when… Pop pop! Two loud bangs followed by an eerie silence. It turned out that her fiance had extorted $150 million dollars from the wrong people, and Richards was tragically forced to listen to his assassination.

Later in life, Richards transitioned from movies to reality TV – she was one of the original stars of The Real Housewives of Beverly Hills! In true reality TV fashion, she has not completely behaved herself. In 2015 Richards was arrested twice – once for public intoxication and battery, and once for shoplifting. Despite these brushes with the law, Richards continues to make sporadic appearances on our TVs, but we’ll always remember her best as the little girl talking in our minds.

There you have it, some of the biggest little stars of the 1970s. How many did you remember? Who were your favorite child stars from the ’70s?