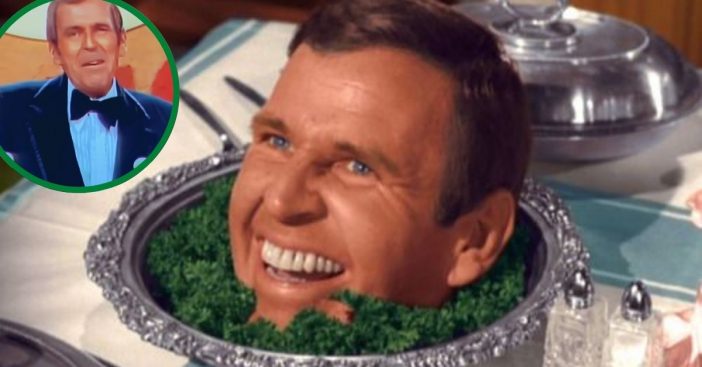 No matter how separate an actor’s persona and true self appear, personal life and careers often mix. This ended up true in a profound way for Paul Lynde, famous comedic presence on the show Bewitched. Had events unfolded differently, his career might include a show with him as the main star.

Lynde carried a lot of secrets and personal grievances. On the outside, people could see him dissatisfied with his weight. On the inside, he was gay at a time when being such threw a person’s life at risk. An incident involving one of his romances turned fatal and turned the spotlight on him sour enough to rid him of what he most desired.

“He didn’t like anybody to upstage him,” explained Cathy Rudolph. She was a close friend of the late Paul Lynde who wrote Paul Lynde: A Biography. “He would say to me, ‘There’s nothing worse than me being on stage with kids or a dog, or any animal, because they upstage you,’ and he wanted to be the center of attention. The character of Serena was the same thing, because she started getting funnier lines than him.” His grievances with being upstaged only grew with time. Rudolph went on, “He was supposed to be the funny one with his niece Samantha and his costumes and magic and whatever. But Serena was a pretty powerful character, which made him insecure.”

Fortunately for Lynde, he had a big break coming. Famed producer and director William Asher had an ABC pilot just for Lynde in the works. By 1966, he would have his chance at solo stardom. Called Sedgewick Hawk-Styles: Prince of Danger followed a detective in the Victorian era. As a spoof, it allowed Lynde to show his comedic talents. But with him at center stage, he then had no reason to feel insecure. This would be the Paul Lynde show.

Lynde’s most famous secret pertained to his homosexuality. Many knew, but he still battled internal and external stigmas, which contributed to his alcoholism. When ABC sent him out to get America used to his presence, which would increase with his upcoming show, Paul Lynde got drunk at a gay bar. There, he “picked up a muscle boy,” recalled The Lucy Book author Geoffrey Mark. The man, reportedly young actor James Davidson, “bragged that he could do a hundred chin-ups. There was nowhere in Paul’s suite for this guy to prove it, but once Paul said he couldn’t do it, the guy had to prove it.” This daring bet in a San Francisco hotel proved devastating for all parties involved. Mark elaborated, “So he went out a window to do it on a fire escape, but he was drunk and he lost his grip and fell to his death.”

To stay ahead of whatever stories the press might formulate, Lynde called William Asher. Asher, in turn, called ABC. Investigations officially declared the young man’s death an accident. However, that moment in 1965 ended up costing what might have been years on a sitcom revolving around himself. And it prompted a sudden and jarring end to Davidson’s life.

Click for next Article
Previous article: ‘Facts of Life’ Star Lisa Whelchel On Why She Was Written Out Of The Show’s Virginity Episode
Next Post: One ‘M*A*S*H’ Episode Sneakily Paid Tribute To Harry Morgan Movies