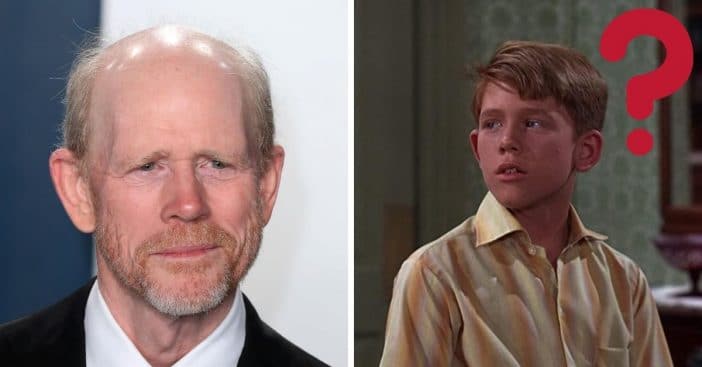 Ron Howard played Opie on The Andy Griffith Show when he was a kid. Unfortunately, it didn’t really lead to praise from kids his age outside of the acting world. In his biography, Ron talks about how kids used to bully him for playing Opie.

He said, “Among my peers, I was embarrassed to be an actor. It was not something to be talked about. ‘The Andy Griffith Show’ was the No. 1 show in the country, so I always knew there was something that I could do that was unusual and that I could function in an adult environment.”

He continued, “I was the butt of a lot of jokes. My character’s name, Opie, rhymes with dopey… I’d have to get into fights with people. Fortunately, I could sort of hang in.” While Andy helped Opie on the show, Ron said his father Rance helped him deal with bullies in real life.

While Ron wasn’t the most popular on the playground, he was popular on set. He loved hanging out with the crew and loved to learn about the industry. This is what led him to eventually become a director. He actually directed his first movie at 15 years old. It was a very short film that starred his brother Clint, but a directorial debut nonetheless!

Obviously those bullies are kicking themselves now because Ron has had a very successful career.