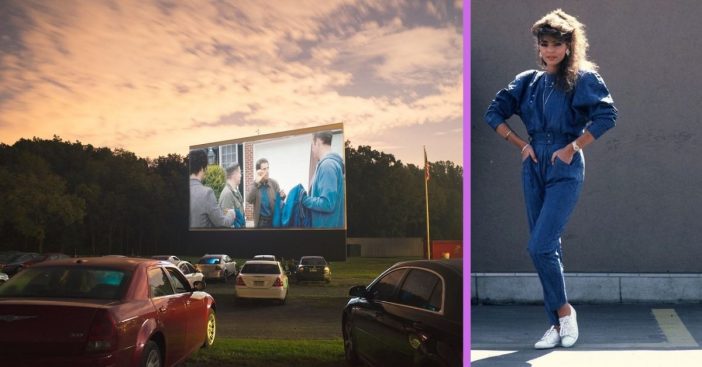 Baby Boomers are typically classified as the generation born between 1946-1964. They lived through so many trends, movements, and changes. Now in the 21st century, things are pretty different than the era the Boomers grew up in.

Many things from the Boomer generation have ultimately died out for the better. However other trends have made a comeback in the 21st century and there are definetely a few we really miss. Do you remember any of these Boomer trends?

Record players are making a big comeback in the 21st century, but for many Boomers they were the ultimate way to listen to music. For good reason too, many hardcore music fans consider record players to be the king of music playing devices. And let’s not forget the experience of putting in a record and dropping down the needle. It’s certainly way more satisfying than tapping the screen of your phone to play a song.

Stay In The Past: Tobacco Ads And Smoking Everywhere

Now that smoking is so widely accepted to be bad for your health, it’s hard to imagine a world where smoking was allowed everywhere. On airplanes and in restaurants, at the office, and even in hospitals! Not only that, but tobacco ads appeared on television and billboards. Everybody knew Joe Camel and the Marlboro man, but thankfully for the sake of our health, these practices have since been banned.

Drive-ins have been around for a long time, but they’ve made a huge comeback in the era of coronavirus. They really are a great experience! Piling your family or friends into the car, loading up on snacks, and enjoying the fresh evening air while you watch a movie. We’re glad that drive-ins are one trend that hasn’t died out.

Stay In The Past: Weird Jello Dishes

We don’t really know why putting everything in Jello was a trend in the 60s, but we’re sure glad that it eventually faded away. A jiggly mold filled with ham and vegetables sounds as unappetizing now as it must have back then. Hopefully, no one is still making these.

We’re not saying that family-friendly television shows don’t still exist, but the dynamic has changed quite a bit. There used to be a plethora of shows (such as I Love Lucy, The Andy Griffith Show, and Gilligan’s Island) that both parents and children could enjoy equally. These days it’s more common for television to be geared toward one or the other. Adult shows are too inappropriate for children and children’s shows are too immature and overly silly.

Stay In The Past: Rotary Phones

If landlines are outdated then rotary phones are ancient. We really doubt anyone misses the experience of how much longer it used to take to dial someone’s number. Boomers are probably fine with just pushing some buttons these days. You might still have a landline for some reason, but rotary phones are a completely unnecessary nuisance.

Reaching their heyday in the 1950s, diners are definitely a trend we still love. Something about the rows of barstools, jukebox, and checkered floors just evokes a comforting feeling. Although traditional diners began to die out in the 70s with the rise of fast-food restaurants, tributes to this trend can still be found all over the United States.

Stay In The Past: Carpet In The Bathroom Carpet in the bathroom must have been an absolute nightmare. It’s a mystery to us why this ever became a trend. Maybe it seemed like fun at the time, but inevitably that fluffy shag will become a breeding ground for bacteria and mold. Keep this trend back in the 70s and maybe invest in some nice tile flooring.

Unfortunately, some classic cars like the Ford Fairlane and the Cadillac Coupe Deville are no longer being made today, but that doesn’t mean we can’t all marvel when we see a classic car. Even the uglier old models tend to inspire awe and timeless cars like the Ford Mustang remind us of the good old days. They don’t make them like they used to!

Stay In The Past: Denim On Denim And Other Fashion Mistakes

The Canadien tuxedo is a look that thankfully has faded out of style. While we still love a nice pair of jeans or a denim jacket, denim on denim is just not a great look. The 70s really had no shortage of fashion mistakes like bellbottoms, vinyl jumpsuits, and patterned gowns. Unless you’re at a costume party, these styles can stay in the past.

RELATED: The Average American Home: The ’60s vs Present Day