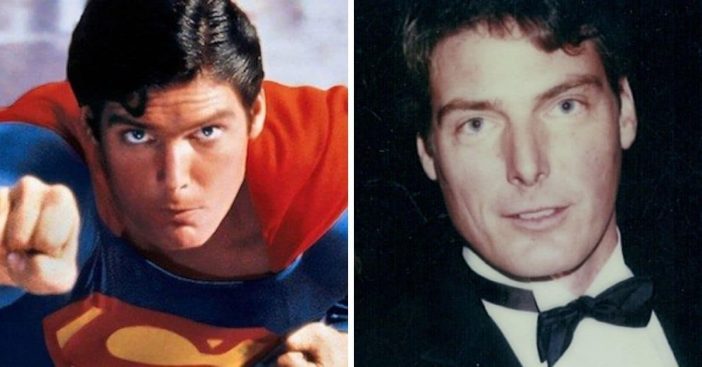 Look! Up in the sky, it’s a bird, it’s a plane, it’s the amazing cast of 1978’s Superman! By now we take for granted that every year will bring the next massively entertaining spectacle that is the modern superhero movie. But before the late 1970s, superheroes were consigned to campy tv shows and cheaply made B-movies. This all changed when Superman hit the theaters. At the time,  Superman was the most expensive movie ever made but took a major risk by casting an unknown as the Man of Steel.

A risk that more than paid off when hidden gem Christopher Reeve blew audiences away and became a massive star. The film’s state-of-the-art special effects, oscar-nominated score, and fantastic acting combined to make Superman an enormous success and one of the highest-grossing movies of the 1970s. Today we’re catching up with the cast of the movie that paved the way for today’s slew of superhero smash hits. Whether Hollywood legends or fresh-faced newbies, every actor in Superman certainly gave a … SUPER performance. Let’s get into the good stuff…

For an actor to step into the iconic blue spandex and play the role of Superman seems like an almost inhuman task. Kind, compassionate, strikingly handsome, and able to leap tall buildings in a single bound? Superman seems almost too perfect. The producers of Superman did initially struggle to fill the man of steel’s boots, going through dozens of auditions before finally settling on little known theater actor Christopher Reeve. Standing at 6’4”, with piercing blue eyes, a chiseled jaw, and having packed on 30 lbs of muscle for the role, Reeve certainly looked like a superhero. His performance was universally praised, as he portrayed both the bumbling Clark Kent and the dashing Superman superbly.

RELATED: Christopher Reeve Highlights Show Just How Irreplaceable He Really Was As Superman

After this first success, Reeve went on to have a fantastic acting career, starring in all three Superman sequels, as well as a personal favorite of mine between the release of Superman 1 & 2, a film titled Somewhere in Time, an achingly beautiful film, starring he and Jane Seymour. Tragically, 15 years after that film in ‘95, while competing in an equestrian competition in 1995, Reeve was thrown from his horse, landing squarely on his head and severing his 1st and 2nd vertebrae.

This accident left him unable to move his arms and legs for the rest of his life, but did Reeve let that slow him down? Not at all! He received a SAG award in 1998 for the TV adaption of Rear Window, and that same year won a Grammy for the spoken word version of his autobiography, Still Me. Reeve also created The Christopher Reeve Foundation, which to date has raised tens of millions of dollars for people with disabilities. He, unfortunately, passed away in 2004, but if there ever was a real-life Superman, then Christopher Reeve certainly fits the bill.

After casting Reeve as Superman, the film’s producers knew they needed an established star to play his archenemy, Lex Luthor. So they turned to one of the biggest names in Hollywood. Hackman’s acting career started out extremely slowly – as a member of the Pasadena Playhouse, he and lifelong friend Dustin Hoffman were voted 1956’s Least Likely to Succeed! However, he eventually proved the doubters wrong, starring in disaster smash The Poseidon Adventure and winning an Oscar for The French Connection in 1971. Hackman played the comedic foil to Superman.

I love Gene’s “It’s open, come in” – as one critic put it, he was quote – “a used car salesman wielding nuclear missiles.” Hackman reprised Luthor for both Superman II and III, and continued to have a stellar film career – no one will ever forget The Birdcage, The Royal Tenenbaums, or another Oscar-winning performance in 1992 for Unforgiven. He retired from acting in 2004 in order to focus on his second love, writing historical fiction novels, bringing to a close the career of one of Hollywood’s most accomplished actors.

Clark Kent’s confident, capable coworker and love interest, Kidder got her start working in Canadian TV and film before she fell into her most iconic role. Literally. While walking into her Superman audition, Kidder tripped, stumbled, and almost landed on her butt. This endeared her to the film’s director, Richard Donner, who described her as a “whirling dervish” of energy. Kidder appeared in all three Superman sequels, but after she objected to Donner being removed as the director, her part in Superman III was cut down to 12 lines and five minutes of screentime.

Post-Lois Lane Kidder continued to act, most notably as Kathy Lutz in the original Amityville Horror. She was also very well known for her liberal activism, stridently opposing the first war in Iraq and supporting numerous environmental causes. Kidder was diagnosed with Bipolar disorder in 1989, a condition she struggled with until she tragically passed away from a drug and alcohol-related suicide in 2018.

As a rule, every super-villain needs a henchman, enter Otis – a fumbling screw-up who loudly pronounced his boss’s name as Luth-Or! Otis was played by Ned Beatty, a character actor who had achieved acclaim for supporting roles in Deliverance, where he squealed like a pig in his film debut, as well as an Oscar nomination for Network. Beatty’s inept bumbling provided Superman’s comic relief, and although Luthor might not have appreciated his shenanigans, the audience certainly did!

Beatty also appeared in Superman II and went on to have an amazingly prolific career, most memorably in Rudy, Charlie Wilson’s War, and as the villainous stuffed bear in Toy Story 3. In fact, he appeared in over 60 movies and 40 TV shows between 1978 and his retirement in 2013, which works out to more than three projects a year! Exhausting, and not too shabby for a man Variety once described as the hardest working man in Hollywood!

The beautiful, buxom girlfriend of Lex Luthor, Miss Eve Teschmacher. Although initially an accomplice in his plots, Miss Eve ultimately betrays Luthor by saving a drowning Superman from a Kryptonite necklace, cheekily stealing a kiss along the way. Perrine’s early work included 1974’s critically acclaimed Lenny, for which she received the Cannes Film Festival Best Actress award and an Oscar nomination.

She later reprised her role as the bad girl with a conscience in Superman II, but her career went downhill after she received a Razzie nomination as worst actress for 1980’s Can’t Stop the Music. Her standing in Hollywood never recovered, and although she had a long career, it was mostly relegated to TV and cameos in such movies like 2000’s What Women Want. Perrine retired from acting in 2016, and although she struggles with Parkinson’s disease, she’s still going strong.

Superman’s adoptive father and moral compass, actor Glenn Ford was already an elder statesman in Hollywood. He was consistently one of the top box office draws throughout the ’50s and ’60s, appearing in the smash hits Gilda and The Big Heat. After Superman, Ford’s career slowed considerably.

However, in 1992 he was awarded France’s highest military honor for his service during the second world war. Talk about some post acting success. Unfortunately, Ford passed away in 2006, but he will always be remembered as Superman’s guiding light.

By 1978 Marlon Brando was an absolute legend, having already won two Oscars and been nominated for a further five. That doesn’t necessarily mean he liked to work, however. When approached to play Superman’s biological father, Brando had some unique ideas for the character. He tried to convince director Richard Donner that Krypton was populated by talking bagels so that he would only have to voice-over work and not actually appear in the film. And while a planet full of sentient bread sounds kind of awesome, Donner was not convinced and Brando agreed to do the movie in person. As long as he only had to work a maximum of twelve days. And got paid $3.7 dollars.

And received 11.75% of the films gross – which eventually amounted to a further $19 million. $22 million for only 20 minutes of screen time sounds like a nice day at the office! After Superman, Brando continued to work his acting magic, and received another Oscar nomination for A Dry White Season in 1989, before retiring after 2001’s The Score. He was also a lifelong campaigner for the rights of Native Americans, even refusing his 1972 Oscar to protest their treatment in Hollywood. Brando unfortunately passed away in 2004, but he will forever remain one of the most famous icons of the 20th century.

What a solid cast! Almost steel-like one might say. Who was your favorite character? Was anyone ever better in these roles, or are these performances iconic? Let us know in the comments, we read them all and want to hear from you!