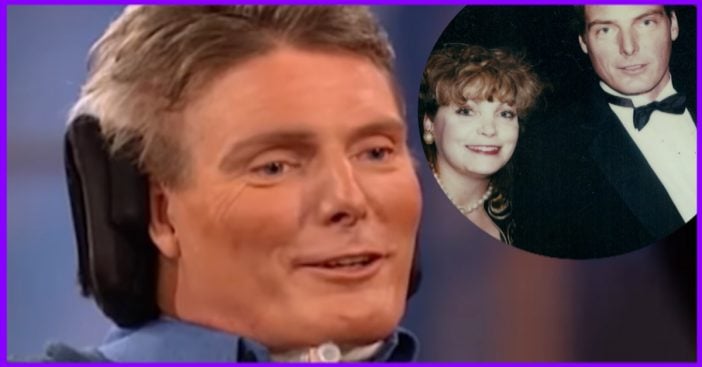 Christopher Reeve went from portraying a man who is indestructible, to a man shattered and coming to terms with a new reality. It was 1995 when Christopher Reeve was flung from his horse and shattered his spinal bones. Christopher was competing in a weekend equestrian competition when his life changed forever.

Christopher opened up to Oprah and this video is definitely worth revisiting. Oprah describes the continued fan support through mail, and what that meant to Christopher. Oprah states, “All of those letters meant so much to Christopher Reeve and to his family. His family would read the mail to him. He would love to listen to the people and the letters.”

Christopher Talks to a Fan Who Sent Inspiration

One of those people who wrote to him was Steven. Steven had recently graduated from college when he suffered a horrific accident. He broke his neck diving into a lake. Steven reads his letter to Christopher, “You were my childhood idol. I now see you as a real life idol. And I hope I can feed off your aggressiveness to defeat this injury. Don’t give up.”

Even before his own accident, Steven had reached out to Christopher Reeve to express his admiration of the actor. Life can be ironic. It was to Steven and it also was for Christopher. He talks about his final movie before the accident, Above Suspicion.

The ironic and sad part of this story is that Christopher was portraying a paraplegic. Christopher says, “Anything can happen to anybody. I remember the last movie I did, I played a paraplegic. In a movie called Above Suspicion. I went to a rehab center and I worked with the people there so I could simulate a paraplegic.  And everyday I’d get into my car and drive away and go, ‘thank god that’s not me’ I have to admit that. Then seven months later I was in this condition. And I remember, in a way, the smugness of that. As if I was privileged in some way.”

Christopher Reeve became a real-life superhero after he started the Reeve Foundation. The foundation helps people living with paralysis and funds innovative medical research in the field.

Christopher Reeve is an inspiring man. He goes on to clarify his message that has become all too clear since his injury. “The point is, we’re all one big family. And anyone of us can get hurt at any moment. So that taught me a really big lesson about complacency. We should never walk by somebody who’s in a wheelchair and be afraid of them, or think of them as a stranger. It could be us. In fact, it is us.”

I think everyone should listen to Christopher’s wise words because he’s right. Life is short and anything can happen to anyone. Watch him speak below and I believe you’ll be inspired as well.

Did you know Christopher Reeve Wanted To End His Life Until Robin Williams Lifted His Spirits? Wow.