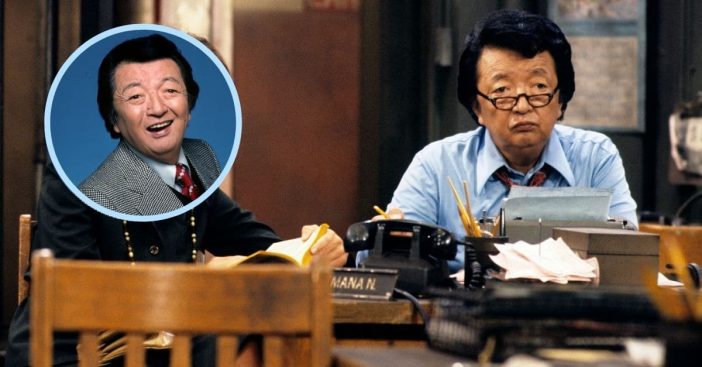 Nothing sets the day off right like a good cup of coffee. Unfortunately, the squad in Barney Miller did not have that. Instead, they had the inedible concoction by Sergeant Nick Yemana, played by Jack Soo.

Fortunately, fans can take a deep sip from a cup of knowledge and learn what happened to this esteemed actor after Barney Miller. Before that, though, his origins deserve attention first. He was born as Goro Suzuki, birthplace…the sea, on the way to America from Japan in 1917. Though he graduated from UC Berkeley and was indeed an American, when America entered World War II, he found himself in an internment camp. This experience ended up shaping him for years.

What happened to Jack Soo?

Soo’s career began in that camp, where he performed for personnel and other detained Japanese Americans. He carried his comedic zeal with him after the war’s end as a nightclub comedian in the Midwest. It was around this time he formally changed his name.

He performed across multiple nightclubs in a designated circuit. This allowed for an introduction between Jack Soo and another entertainer named Danny Arnold, who would later produce a comedic crime show that takes place in a detectives’ squad room.

Like other rising stars at the time, Soo got a big breakthrough Broadway, namely Flower Drum Song after director Gene Kelly discovered his talents. After that, the roles just poured consecutively in, though Soo had to adjust his identity from time to time, often playing someone of Chinese or Vietnamese descent instead of Japanese. For example, for Chinatown’s “Nathan Detroit,” he was Sammy Fong, and in The Green Berets, he played a colonel in the Vietnamese Army. Soo made history in 1965 by joining Motown Records as one of their first few non-African American artists. This also led him to be the first male singer to record a version of “For Once in My Life.”

Soo’s most memorable role would come in 1975 on Barney Miller. There, he played the easygoing but dry-humored Nick Yemana. Yemana was behind one of the show’s biggest running jokes: his terrible, terrible coffee the squad had to drink. While the show itself was usually very fun, for Jack Soo, this was serious business. Each episode, he vehemently emphasized that his character was first and foremost American and would speak out against any offensive portrayals of Asians.

“It must have been the coffee…”

Barney Miller would become one of Soo’s most famous roles and one of his last on TV, followed only by Busting Loose. Film credits, however, span from 1961 to 1978, ending with Return of the Witch. In total, he was active from 1958 to 1979. In his personal life, he married model Jan Zdelar, with whom he had three children; years later, they became grandparents of two.

Eventually, his smoking habits caught up to him and he was diagnosed with esophageal cancer. It was Barney Miller‘s fourth season. Famously, as he was heading toward the hospital, he told his co-star Hal Linden, “It must have been the coffee.” He made it to the opening of season 5 but by then, the cancer had done too much damage. Jack Soo passed away on January 11, 1979 at the age of just 61. The end of that season had a retrospective of his scenes followed by the characters raising their coffee mugs in a toast.

Click for next Article
Previous article: Bindi Irwin Finally Announces The Gender Of Her Baby
Next Post: Why Ann-Margret Knew She Had To Break Up With Elvis