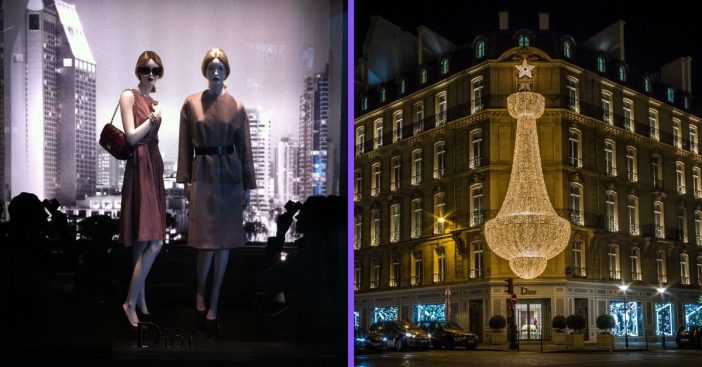 A woman’s role changes as society evolves. And as her role changes, so too do the conditions she must work under. A lot of jobs come with assumptions. People daydream about the glamorous life as a model. But actual Dior models have stories that act as a shocking wakeup call for anyone with that conception.

Svetlana Lloyd worked as a Dior model in the ’50s, but in that time, that was not her title. Unofficially, she and her peers were considered more like “mannequins.” Instead of prestige and glamor, they became reduced down to preconceptions and misconceptions alike. Learn just what it was like as a Dior model below and watch the interview.

Being a Dior model offered plenty of perks

What would draw women to model for Dior, if the job came with such stresses? Well, working for Dior as a model did come with benefits that became apparent even through judgments and tension. Models underwent a trial run of employment at the company for a year before they could receive a dress previously used in other fashion shows.

RELATED: Jenna Bush Hager Says What It’s Really Like Being A First Daughter

At that time, Lloyd recalled, Dior was the only fashion house in Paris that readily paid the models over time. It also paced the work schedule out so they did not feel stretched thin. Dior entered work there around a transition time, going from Dior to – after his death – Yves Saint Laurent as lead designer. Lloyd recalls Dior as a fair leader who wanted to treat everyone well.

Not all it’s cracked up to be

For all of that positive treatment, though, a lot of sourness creeped in. It started with semantics that might not seem like much but can go a long way with devaluing people. Models, who worked hard to be exactly whatever the fashion house wanted, did not always get called that title. Instead, they were mannequins to be used and walked away from when the job was done.

This treatment might have also inspired many Parisians at the time to then consider models to also be prostitutes. The same degrading mindset that belittles one went into dismissing the other.  A lot of this came from the transition of power, which did not last too long, but was enough to turn Svetlana Lloyd away from fashion, or at least to see the light. Comments in the interview below agree she’s a true example of class, not any of those who mistreated the rising stars who came to that fashion house. Now, times have changed, but be on the lookout for any modern testimony about the life of a model to see if improvements stuck.