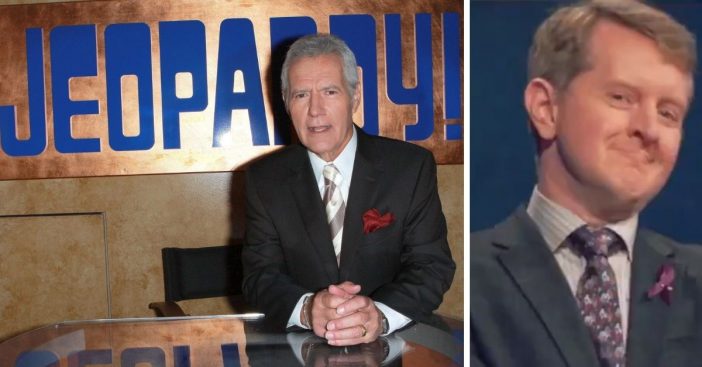 There is some good news for Jeopardy! fans. The quiz show is returning to television very soon. Jeopardy! and many other game shows had production halted due to the coronavirus pandemic. Recently, they were able to start filming again while taking the necessary precautions.

Jeopardy! will return for its 37th season on September 14, 2020. There will be some changes to keep host Alex Trebek, the contestants, and the crew safe during the pandemic. The set has been redesigned to allow social distancing. There is also another big change.

‘Jeopardy!’ is coming back this month with some new changes

Mic check, one, two. Can you hear us, @KenJennings? pic.twitter.com/ojO2By0AeH

Champion Ken Jennings has been hired as a consulting producer. He recently won Jeopardy‘s Greatest of All Time competition. He will be a general “ambassador” for the show and will help with special projects, consulting, and present special video categories.

RELATED: ‘Wheel Of Fortune’ And ‘Jeopardy!’ Heading Back To Studio With Big Changes

Ken released a statement that read, “Though I’ve played my last round of ‘Jeopardy!’ as a contestant, I’m delighted to have the opportunity to remain involved with my favorite show. I’m still in on all the action, but I don’t have to worry about phrasing things in the form of a question anymore.”

Alex Trebek will also return as the host despite going through treatments for pancreatic cancer. He also released a statement on the show’s return. Alex said, “I feel good, and I feel excited because once again ‘JEOPARDY!’ has demonstrated that it’s at the forefront of television programming. I believe we are the first quiz show to come back on the air in the COVID-19 era. On a personal level, I’m excited because it gets me out of the house. It gives me something to do on a regular basis, and I was missing that.”

Are you excited for Jeopardy‘s return to your television?