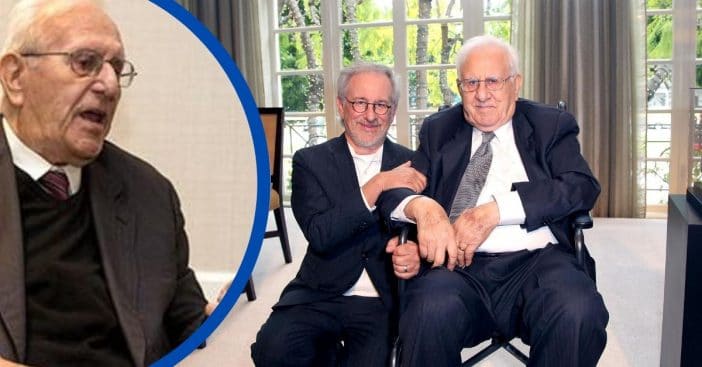 On Tuesday, August 25, Arnold Spielberg passed away. He was 103 years old. Known as the father of award-winning director Steven Spielberg, Arnold died surrounded by family. However, Arnold made major contributions himself.

In fact, Steven Spielberg remembers his father Arnold for these remarkable technological innovations. Arnold leaves behind both major impacts in technology and a sprawling family that was with him in his final moments.

Computer science owes a lot to Arnold Spielberg. His background represents much of the American Dream. Both his parents immigrated to the U.S. from far away Ukraine and met in Cincinnati, Ohio. There, Arnold was born on February 6, 1917. And not long after that, he showed an affinity for computers, including building them by the age of nine. This skill stayed with him through his teen years, when he built his own transmitter and later became a radio operator. He readily used this skill to serve his country when the U.S. entered World War II.

Using his degree in electrical engineering, Arnold Spielberg went on to help create the GE-225 mainframe computer. According to Hollywood Reporter, this, in turn, helped pave the way for personal computers, an essential part of work in the modern day. “When I see a PlayStation, when I look at a cell phone,” mused Steven Spielberg. “From the smallest calculator to an iPad — I look at my dad and I say, ‘My dad and a team of geniuses started that.’”

A quiet end to a momentous life

Arnold Spielberg managed to be a family man as much as an inspiring history-maker. Spielberg credits his father for working with him for his very first feature film, made when Spielberg was just 17. Though he passed with family around him, he and his older relatives suffered loss years ago. During the Holocaust, he lost well over a dozen relatives. However, he played an active role in getting some measure of justice for the victims of that genocide. The USC Shoah Foundation Institute presented Arnold Spielberg with its inaugural Inspiration Award in 2012. It honored his work back in 1990 for his work in making a system that recorded testimonials from thousands of Holocaust survivors.

For such an impactful life, Arnold Spielberg had a quiet passing. Reports indicate he died of natural causes at the age of 103. He was surrounded by family in Los Angeles. He leaves behind three children (Steven, Anne, Nancy and Sue), as well as four stepchildren 11 grandchildren and eight great-grandchildren. Those children said in a statement that Arnold Spielberg made sure to teach them to “love to research, expand their mind, keep their feet on the ground, but reach for the stars [and] look up.”