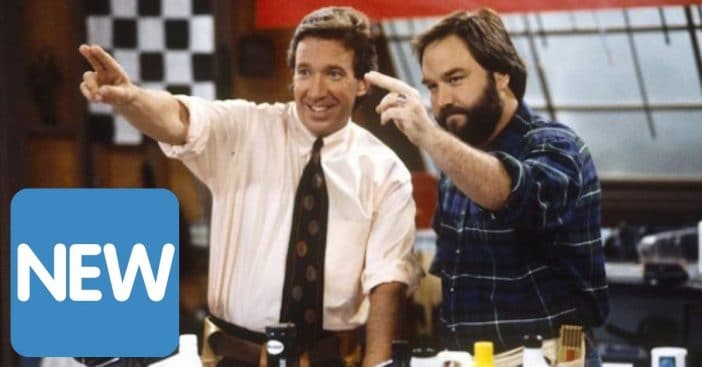 Not only are they hosting the show, but they are both executive producers on the series as well. The show is expected to premiere sometime in 2021 on The History Channel. According to the press release, the series will have 10 episodes to start.

I've always admired people who repair something instead of replace it. So, I created a competition show with @HISTORY , and my old buddy @TheRichardKarn , to challenge the people who love to get stuff done! pic.twitter.com/EEVHKRPFum

The press release read, the series “will spotlight the best and brightest builders from across the country, at their home workshops, as they compete to breathe new life into everyday household items in desperate need of fixing.”

The press release continued, “This new series will push each contestant to their limits while testing their ability and ingenuity to not only rebuild it but to build it better. In each episode, Allen and Karn will also dive into the unique history around these items to celebrate the men and women who crafted them, and the techniques used.”

Tim Allen said, “Let’s face it — we’re living in a throwaway society. We buy, break, replace … rinse and repeat. Whatever happened to repair and rebuild? There are some people who unfriend, unfollow and dispose of anything that offends, annoys, or breaks — so I’ve created a show to remind people of the satisfaction and pride that comes from rebuilding something on their own. And who better to join me than my buddy from the old ‘Tool Time’ days — Richard Karn! Now we’re talking ‘More Power’!”

It definitely sounds like an interesting show! Will you be watching? In the meantime, watch Richard and Tim reunite on Tim’s new show Last Man Standing:

Click for next Article
Previous article: Macy’s Thanksgiving Day Parade Officially Happening In 2020 – With Changes
Next Post: Veteran Firefighter Found Dead After Diving Into River To Save Three Young Girls