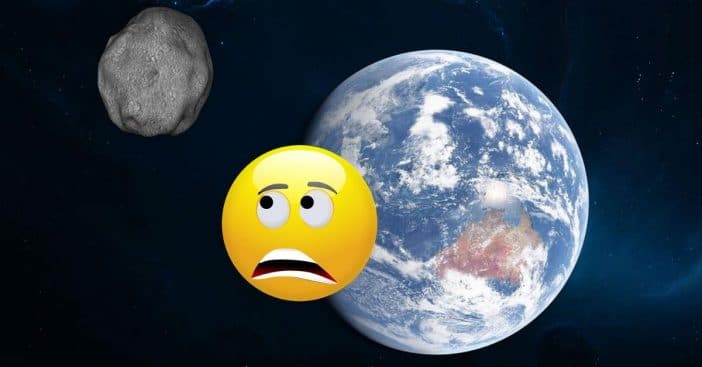 2020 very quickly became a profound mixture of stress, isolation, division, and uncertainty. Throughout all this unpleasantness, people had to rise up and adapt to these new conditions. In that regard, this year truly did become something apocalyptic. In an almost painfully fitting manner that feels a bit too on-the-nose, 2020 also includes an asteroid heading for Earth.

Fortunately, this isn’t a cause for distress at the end of the day. NASA announced that the asteroid in question isn’t especially large. Also, its path seems to have the asteroid passing by Earth instead of colliding with the planet. Hopefully, chunks of space rock won’t add to the 2020 pile of trials.

The asteroid 2018VP1 heads for Earth

Asteroid 2018VP1 is very small, approx. 6.5 feet, and poses no threat to Earth! It currently has a 0.41% chance of entering our planet’s atmosphere, but if it did, it would disintegrate due to its extremely small size.

2020 marked a lot of shipping delays, in part thanks to the coronavirus pandemic. But one thing seems slated to arrive on schedule. NASA Asteroid Watch shared an announcement on Twitter. In the post, it declares “Asteroid 2018VP1 is very small, approx. 6.5 feet, and poses no threat to Earth!” The post goes on to assure, “It currently has a 0.41% chance of entering our planet’s atmosphere, but if it did, it would disintegrate due to its extremely small size.”

According to Today, Congress charged the agency with the task to “to discover 90% of the near-Earth asteroids larger than 140 meters (459 feet) in size and reports on asteroids of any size.” The asteroid is due to pass Earth on Monday, November 2, 2020. This date falls just one day before the U.S. presidential elections.

#asteroid 2020 QG, discovered by @ztfsurvey and roughly 10 to 20 feet (3 to 6 meters) across, is very small by asteroid standards and would likely break up in Earth's atmosphere if it were to impact our planet. Learn more: https://t.co/pz6a9XnCpK pic.twitter.com/bJ6AOOj4DH

2018VP1 falls under the category of near-Earth asteroid, or NEA, though its small size falls very far under the 459 feet Congress wants special attention paid to. Its name comes in part from its observation date, which is back in 2018 at the Palomar Observatory located in California.

Though its size makes 2018VP1 a candidate for disintegrating in the atmosphere (if it gets close enough), there’s also a chance the asteroid may pass by Earth again, this time in 2025. Remarkably, occurrences like these can be pretty common, even routine. In fact, 2020 QG passed closer to Earth than any other recorded NEA. A press release emphasizes what a normal event occurrences like these can be. It reads, “If (2020 QG) had actually been on an impact trajectory, it would likely have become a fireball as it broke up in Earth’s atmosphere, which happens several times a year.”