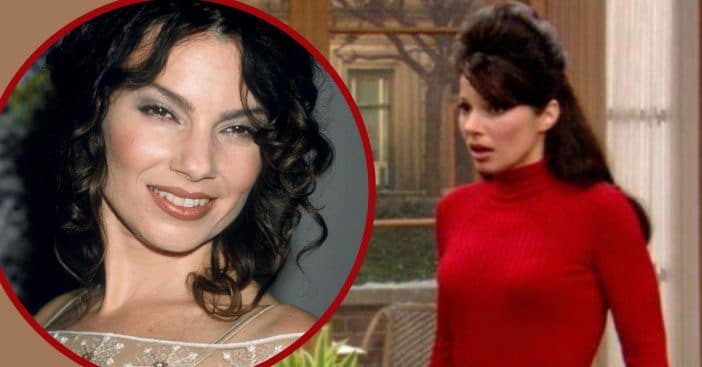 In 1985, intruders broke into actress Fran Drescher’s home, blindfolded her, tied up her then-husband, and raped her and a close friend. Recently, Fran opened up about this extremely traumatizing ordeal and recalls the terrifying moment.

“It’s really hard. I felt like I was shattered in a million pieces,” she says. At the time, she was home with her then-husband Peter Marc Jacobson and a friend of hers enjoying dinner and discussing her friend’s wedding that was coming up. “It took me at least a year before I even felt close to being myself.”

Fran Drescher opens up about the terrifying home invasion in 1985

She continues, “I remember I was once in a restaurant with my manager, maybe, but we were having lunch and a busboy dropped a tray of utensils and it made a loud noise and I literally jumped out of my seat and screamed. And everybody in the restaurant looked at me as I [slinked] down back into my chair.”

The star revisits the horrifying night in Fran Drescher: In My Own Words, which aired August 16th. She says the experience left her “skittish” and unable to focus on things in her day-to-day life. “You’re really on edge and you’re not yourself at all. And you keep replaying in your head, ‘What if I did this? Or maybe if I never went home that night and I was supposed to maybe go out for dinner with other people and if only I had done that and blah, blah, blah,’” she says.

The presence of that experience never truly goes away

She continues on, “And, you know, we all got therapy, which helps because we got tools on how to not dwell in the moment of horror and walk ourselves – our minds all the way through the process of ‘and then they left and then we lived and then they were caught and now they’re in jail and we’re okay,’ you know, and all of that.”

“And very often when you have a horrific experience, you become stuck in that moment and you keep replaying in your head like a loop [of] that moment of horror. But you have to learn how to walk your mind past that and into the present now.”

At the time, Fran’s method of recovery was to “pick myself up, dust myself off and get on with it and not dwell in anything, including my pain.” However, years later after the ordeal, the media picked up on the story and blasted it everywhere, meaning that Fran had to revisit the situation once again, unwillingly.

“Then, you fast forward like 10 years later and I’m doing ‘The Nanny’ and suddenly there’s one of these tabloid magazines – a TV magazine shows, and they talked about it like it just happened… And people were calling my parents and they even tried to get in touch with the rapist at the prison who refused to meet with them. But the whole thing brought on a post-traumatic stress response in me and fortunately, I was in a whole other level of therapy at that point so I had a very trained ear – a very serious woman to help me through it and actually experience what I didn’t allow us to experience 10 years earlier.”

The reality of trauma

She has also likened the traumatic feelings of this situation to servicemen and women who return home from war. “I don’t think that you’re ever the same. You can never be the same. And I developed a deeper empathy for people’s pain and an understanding of what it must be like – the horrors of war or being a prisoner of war. For me, the whole episode lasted about an hour or an hour-and-a-half – something like that.”

“People that go to war for two years or more; I mean, no wonder they have some kind of post-traumatic stress that we’re seeing and understanding what’s happening now more than ever with our military. You can’t undergo that level of stress because I only did it from maybe 60 to 90 minutes and it has left imprints on me that I’ll take to my grave.”