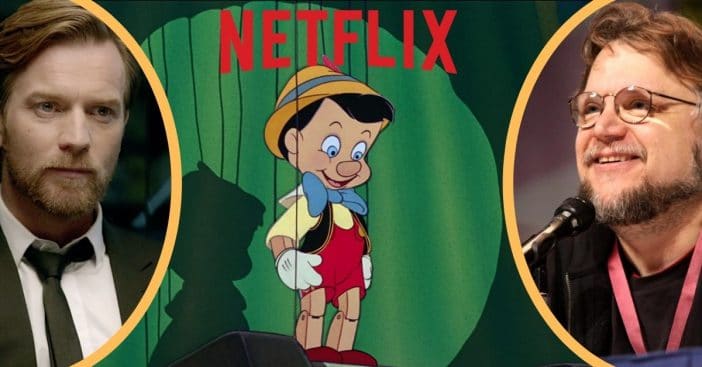 Netflix plans to make a new Pinocchio movie with Guillermo del Toro. Disney’s previous recreation of the fantasy came in the form of cartoon animation. This one is stop-motion animation. Musical elements remain the same. But until now, the new Pinocchio cast remained unknown. That changed this week.

Netflix’s Pinocchio features a mix of acting veterans and rising newcomers. Indeed, a newcomer gets the role of the titular puppet. Chances such as these allow new actors to establish a name for themselves and get a chance in the spotlight. Learn more about the cast here.

These include Christopher Waltz, Ron Pearlman and David Bradley (via @imdbpro) pic.twitter.com/GAuRiLTRwB

Playing the titular puppet-come-to-life is Gregory Mann. So far, his previous works include The Guernsey Literary and Potato Peel Pie Society in 2018. The movie follows a writer who bonds with residents of Guernsey Island after World War II. This new friendship prompts the writer to capture the residents’ experiences in a book. Mann played young Eli. His other credits come from several appearances on Victoria, the ongoing series depicting the life of one of Britain’s most famous monarchs. In that, he played William Monmouth.

The upcoming Netflix movie also has some familiar faces, one in the form of Ewan McGregor. When later Star Wars film entries received mixed reviews, McGregor consistently heard praise for his performance. He’ll lend his voice as “The Talking Cricket,” as the list currently reads (Disney watchers would readily say Jiminy). Meanwhile, David Bradley voices Geppetto. Some of his biggest roles had him be absolutely sinister and sleazy. Fantasy fans recognize him as either the vindictive Hogwarts caretaker Argus Filch in Harry Potter, or the stubborn, manipulative Walder Frey in Game of Thrones. Horror fans know him as Abraham Setrakian in The Strain.

What’s in store for this new version of the tale?

Oscar-winning Guillermo del Toro directs this new reimagining of the classic tale. The original The Adventures of Pinocchio came out in 1883, written by Florentine author Carlo Collodi. Since the character’s introduction, Pinocchio became a universal icon. For del Toro, realizing this vision was a long time coming. He explained, “After years of pursuing this dream project, I found my perfect partner in Netflix. We have spent a long time curating a remarkable cast and crew and have been blessed by continuous support from Netflix to quietly and carefully soldier on, barely missing a beat.”

While Collodi’s book came out in the late 1800s, del Toro’s movie, a stop-motion animated musical, takes place during Mussolini’s fascist reign over Italy. No release date currently exists, but the film shall debut both in theaters and on Netflix. Keep an eye out from vocal contributions from powerhouses like Tilda Swinton, Cate Blanchett, Ron Perlman, Finn Wolfhard, Tim Blake Nelson, and John Turturro as part of the Pinocchio cast.