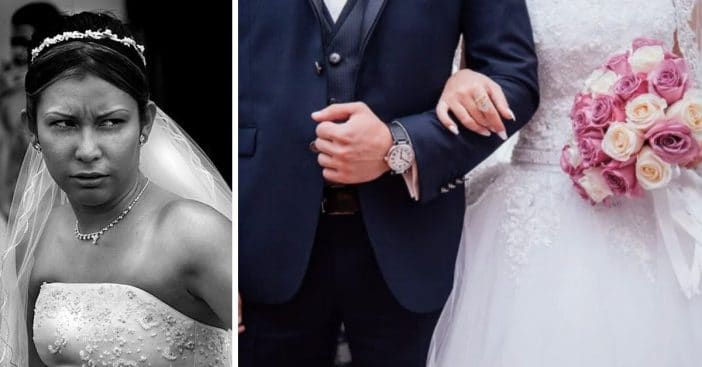 Family drama comes in many forms. As a couple tries to unite in holy matrimony, they found unexpected hurdles even before the big day. No, no one’s leaving the other at the altar. But they will have some competition at the wedding venue.

Orchestrating a wedding requires a lot of preparation and for all the stars to align. Then, when the big day comes, everyone wants things to go smoothly. But, reportedly, one bride’s cousin wants to – literally – cash in on the couple’s happiness by using their reception venue at the same time as them.

One cousin wants to really save on wedding reception costs

A happy couple sees each other on their wedding day. Meets at the altar. Says “I do,” and step away as spouses. But for one groom and his fiancée, Nicole, they have to contend with Nicole’s cousin Amber. She planned on using the same wedding reception location as them on the same day for her very surprising wedding. But the story gets more wild. The groom outlined as much in a Reddit post:

“My fiancée, Nicole, and I had chosen our wedding date, booked the venue, and notified the immediate members of the family of the date and the pending save the date mailings. Nicole’s cousin, Amber, found out that we had announced the date and called Nicole upset that we had booked a wedding on her wedding date. We were confused because Amber and her boyfriend weren’t even engaged, but she and her boyfriend claimed that they knew that was the date they were getting married. They were going to do a courthouse wedding with their families, then wanted to come to our wedding.”

What is to be done?

The groom smelled trouble early on. So, he confronted cousin Amber. He explained, “I stood my ground and told Amber and her boyfriend that if they got married on our wedding day, they wouldn’t be welcome and I’d let the planner and venue staff that they would be turned away, and I’d be willing to hire extra staff to make sure they were refused entry. We also found out that the boyfriend lost his job, which just cements my thoughts that they’re trying to get a free reception out of my (sic) and my fiancée.”

This does put everyone in a tough situation. Maybe the boyfriend did lose his job and they face an uphill battle. But each bride and groom’s wedding is supposed to be entirely about joy and celebrating two people as a couple. Additionally, the groom’s response to Amber caused some tension between him and Nicole. He elaborated, “Nicole is upset with me because they’re family, but I’m just tired of Amber and her boyfriend trying to make every situation about themselves, now including our wedding.” How would you respond to drama like this? What’s your wildest wedding story?