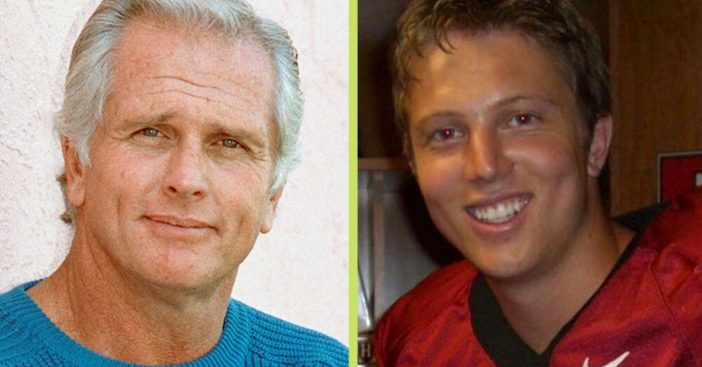 Earlier this month, a gruesome murder investigation took place involving Tarzan actor Ron Ely, his wife Valerie Ely, and their son Cameron Ely. A spokesperson for the Santa Barbara County Sheriff’s Office can confirm that 30-year-old Cameron is dead after being shot 24 times. He claims he had a gun on him. Officials would come to find that he did not.

Officials initially came to the home on October 15th by Cameron, after he had fatally stabs his mother. He then attempts to place all the blame on his father. The responding officials would find Valerie “deceased with multiple stab wounds.” Ron was home at the time of the incident and tells officials that his son, Cameron, is the culprit.

“Deputies searched the residence and surrounding area for Cameron Ely. During the search, the murder suspect was located outside the home,” The spokesperson says. “The suspect told deputies that he had a gun, advanced towards the deputies, and motioned with his hands as if he were drawing a weapon.”

They continue, “In response, four deputies fired a total of 24 rounds from their service weapons, fatally wounding the suspect. When deputies were able to safely approach Cameron using a ballistic shield, they found that he had feigned being armed and did not have a weapon.”

The spokesperson confirms that none of the deputies in the incident sustain any injuries, nor was Ron. However, he is taken to the hospital as a precaution. As of right now, the Santa Barbara County Sheriff’s Office is undergoing criminal, coroner’s and administrative investigations. Autopsies for both Valerie and Cameron are pending.

Cameron was a former quarterback on the Harvard University football team. He graduated with a degree in psychology. A 2007 Harvard Crimson article states that Cameron “sports the conventional Harvard-recruited stats: a GPA above 4.0, questionable arm strength and supreme intelligence to go along with his ability to make ‘good decisions,’ according to prominent recruiting Web site Scout.com.”

Besides Cameron, his mom and dad shared two daughters, Kirsten and Kaitland, who are 32. The two sisters have yet to speak out about the horrific tragedy but have been outspoken about their love for their parents previously. We remember Ron for his role as Tarzan in a series of the same name from 1966 to ’68. He would also appear in Fantasy Island and the 1975 film Doc Savage: The Man of Iron and Bronze.

What The Value Of A Dollar Could Buy In The 1960s…