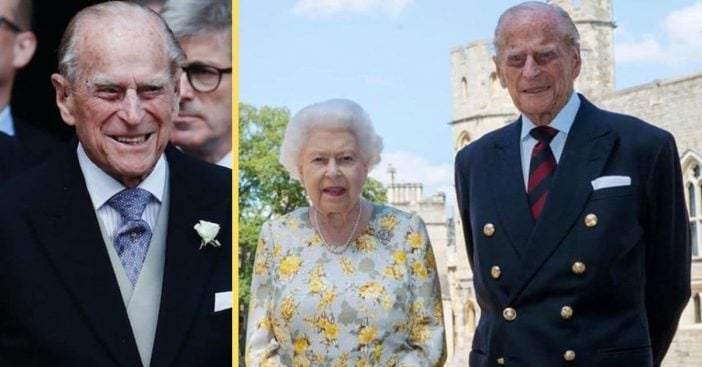 Prince Philip officially turns 99 years old as of June 10th! A photo of him alongside Queen Elizabeth II surfaced just ahead of his big birthday. The two posed together for this celebratory photo back on June 1st in the quadrangle at Windsor Castle.

In the photo, the Queen is wearing an Angela Kelly dress with the Cullinan V diamond brooch. Philip opts for a Household Division tie. Philip and the 94-year-old Majesty have been quarantining at Windsor Castle together since March due to the coronavirus epidemic.

According to ABC News, Philip will be celebrating his birthday privately with the Queen. He received birthday wishes from people through social media, including from his oldest son, Prince Charles, and his grandson, Prince William and his wife Kate.

What Philip has been up to the last few years

Wishing a very happy 99th Birthday to His Royal Highness The Duke of Edinburgh! pic.twitter.com/LGrRPjezkS

Philip originally retired from Royal duties back in 2017. By that time, he had completed 22,220 solo engagements since 1952. He had also given 5,496 speeches in more than 76 countries, authored 14 books, served as patron to 785 organizations, and made 637 solo overseas visits. All while being married to Elizabeth since 1947.

Philip often times likes to spend time at Wood Farm on the Queen’s Sandringham estate in Norfolk. He moved to Wood Farm after retiring in 2017. While there, he enjoys quiet pastimes such as reading or painting watercolors. This means he often is away from Elizabeth, but due to the lockdown measures, he has been quarantining with the Queen for a while now.

Back in December 2019, Philip was hospitalized for “observation and treatment in relation to a pre-existing condition.” He was subsequently released from the hospital on Christmas Eve. We hope that Philip is in both good health and good spirits for his 99th birthday! What an incredible milestone. Happy birthday to Prince Philip!

Click for next Article
Previous article: The Series ‘Cops’ Is Ending After 32 Seasons On Air
Next Post: HBO Max Removes ‘Gone With The Wind’ From Its Library Amid Civil Unrest