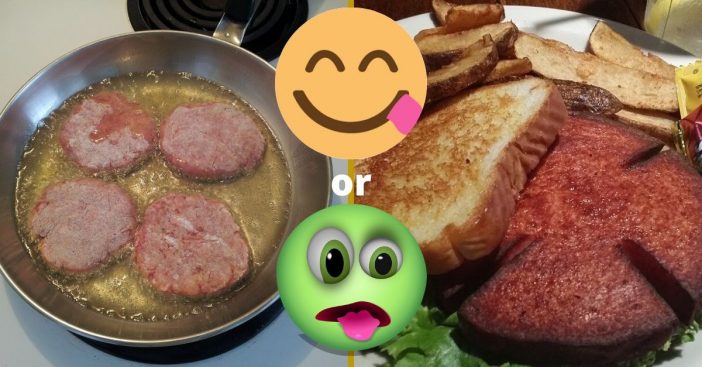 Some foods are – literally – an acquired taste. Or they become a sort of unspoken classic even if people disagree on their quality. Fried bologna stands somewhere in this region, as one quick survey on Facebook revealed quickly. It’s a simple food with a simple appearance that gives consumers exactly what it shows.

This divisive food is something of a Southern delicacy. But like a lot of other foods, it found its way to plates everywhere. How did it start? And is it worth all the hype? Or the hate? Depending who you ask that second question to, you can get very different answers.

Fried bologna: treasure of the south

Fried bologna is considered a treasure in the South. The cured beef makes a flavorful smoked sausage that responds well to frying in a shallow pool of butter. From there, though, the variations grow exponentially.

RELATED: Banana And Mayo Sandwiches Are A Staple In The South

Different chefs and taste buds utilize different recipes. The Journal Times references a “cocktail of seasonings” covering the bologna before it gets wrapped. And even after that, some chefs might want even more toppings. Those can include mayo and cheese. All of this, usually, sits between a bed and blanket of white bread.

A recipe for reactions

Pepsi or Coke, Star Wars vs. Star Trek, and “yum or yuk” in relation to fried bologna. This survey on Facebook got people sharing their thoughts on this Southern treat. Over a thousand comments poured in, some declaring “yummy!” when in favor of fried bologna, or simply “Icky” with a nauseous emoji to denounce it.

The site succinctly named Food provided a recipe that received a lot of positive feedback. Maybe a fried bologna sandwich using this method could win over anyone who isn’t a fan. To test this theory, try the recipe below.

Oil up a frying pan with the oil set at medium heat. Cut slits into the bologna starting from the middle and going all the way to the end before putting the bologna in the heated oil. Cook until the bologna is brown on both sides. While browning the last side, add the slice(s) of cheese to the top.

As that finishes, lather up mustard on both pieces of bread. When the cheesy fried bologna is cooked, sandwich it between the two bread slices and enjoy!