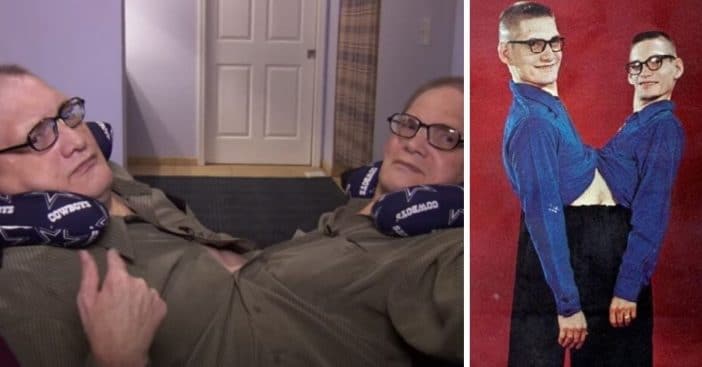 Ronnie and Donnie Galyon, the world’s oldest conjoined twins have died. They were 68 years old and presumably died of natural causes. Conjoined twins are very rare. It is even rarer that conjoined twins would live past birth, or live well into their 60s. They truly defied the odds!

Ronnie and Donnie are from Ohio. They were born on October 25, 1951, and were joined together at the abdomen. It was too dangerous to separate them, due to where they were conjoined. So, they lived their lives together. That doesn’t mean they were exactly alike!

Reportedly, they had very different personalities and even different political views. When they were young, they started working in circuses and at carnivals. The twins performed for 36 years as the “Galyon Siamese Twins” until they retired in 1991.

After they retired, they moved in with their brother and his wife. Soon they began experiencing health complications. Over 200 volunteers worked together to help update the home so they could live safely and comfortably there. They also received a custom wheelchair.

Then in 2014, they were officially placed in the Guinness Book of World Records as the oldest conjoined twins. Now, reports say that on July 4, 2020, they sadly died. RIP!