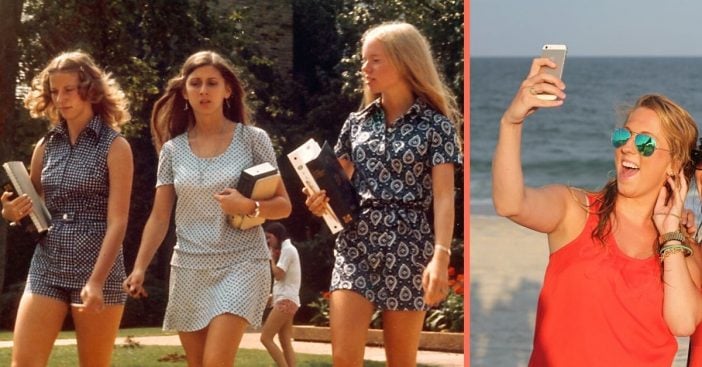 Everyone lives in a whole different world compared to decades ago. Though, some parts feel somewhat similar. But one area of contrast lies with teens. In particular, comparing teens today with teens from the ’70s shows striking differences. It might actually not be enough to list straightforward stuff like time spent on the phone because the differences span beyond that.

They radiate further still to major milestones in some people’s lives. A 2016 study reported in the journal Child Development highlight some of these major differences. Most revolve around significant delays in important matters like driving and working as well as voluntary decisions like when to drink alcohol and have sex. Have you observed these shifts? Others shared their observations for more personal insight beyond the study.

The study’s abstract offers an overview of what the research found. First shared in the journal Child Development, the study utilized seven surveys that would be nationally representative across the different races, genders, and socioeconomic statuses. Observing teens from 1976 to 2016, observed significant delays in when teens passed milestones and life events, including big ones that would affect their quality of life down the road. When asked to compare happiness levels, commenters offered answers that were both pretty similar but also varied in certain ways. How does this translate to the research?

Compared to teens from the ’70s, teens in 2010 “are less likely to work for pay” and even drive. They also proved to be less likely to “go out without their parents.” Of the 8.3 million teenagers surveyed, a significant amount did not engage in these activities at all, or they did later than teens from the ’70s did. Replies to the question, “do you think teenagers in the seventies had a better happier time than teenagers today the 2000s” made note of this. They pointed to what teens don’t have today as a potential cause.

Is the internet to blame?

Just as the study observed what changes existed, it also sought to determine a cause. Some sources suggested increased homework. But researchers disagree, instead pointing to time online. Time spent in the digital world increased “markedly” among teens today compared to the ’70s. Meanwhile, replies on Facebook cite all the great things teens in the ’70s had to engage in instead of computers. They cited great music, dancing, weed, and even freedom to explore.

Meanwhile, time spent on the computer or phone took away from dating, drinking alcohol, or having sex. Heejung Park, assistant professor of psychology at Bryn Mawr College, offered a neutral reaction to the findings. He sees them as purely educational, stating, “These trends are neither good nor bad, but reflect the current US cultural climate.”