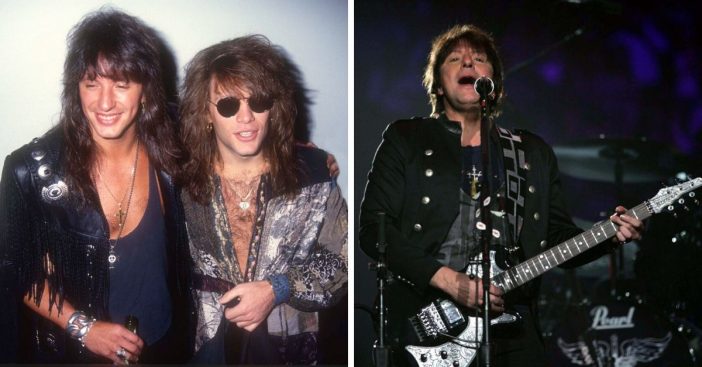 Richie Sambora is best known as the lead guitarist of the band Bon Jovi. He was in the band for over 30 years. As he turns 61 today, July 11, 2020, let’s not forget that he has also released three solo albums during his long career. Not only is he an incredible guitarist, but a singer, songwriter, and producer.

Let’s take a look back on some of his biggest hits over the years. He had some great songs with Bon Jovi, but also as a solo artist and teamed up with other artists. For example, he worked with the amazing Cher on a song in 1987.

Richie joined Bon Jovi in 1983. Before joining, he auditioned to be a part of Kiss. Richie left the band in 2013 to spend more time with his family. During his long career with Bon Jovi, he released some awesome songs including “Livin’ On A Prayer,” “It’s My Life,” and “Wanted Dead or Alive.” Which song is your favorite?

Richie released three solo albums including Stranger in This Town (1991), Undiscovered Soul (1998), Aftermath of the Lowdown (2012). Many fans say his songs “Hard Times Come Easy,” and “When A Blind Man Cries” are two of his best.

His song with Cher

In 1987, he collaborated with Cher on the song “We All Sleep Alone.” Jon Bon Jovi was also a writer and producer on the song along with Richie. Do you remember the lyrics?

Happy birthday, Richie! Listen to a playlist of his songs below:

Previous article: Alex Trebek Talks About His One Career Regret
Next Post: Comparing Teens Today With Teens From The ’70s