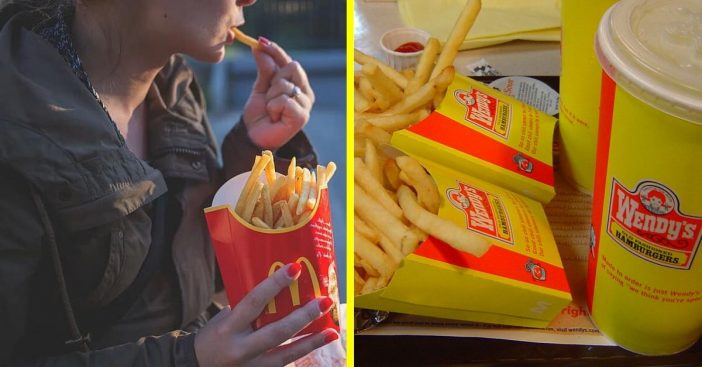 There are a lot of fast-food options out there. From McDonald’s to Wendy’s, to Burger King and more, you have a wide range of options. However, when it comes to french fries, a lot of people are pretty picky. It seems hard to mess up delicious, salty french fries, but certain places may make them better than others (according to most opinions).

In our 1970s DYR Facebook group, a member asked, “Who’s fries are better?” and showed a bunch of different restaurants. These fast-food chains include McDonald’s, Wendy’s, Arby’s, Burger King, White Castle, Shake Shack, and Five Guys. So, what’s the result?

Here are some of the comments we received on this post. Do you agree with them?

Survey says that McDonald’s is generally the winner here. Wendy’s was listed in the comments quite a bit alongside Burger King, but McDonald’s looks to reign supreme. Not going to lie, I often hear that McDonald’s has the best fries although I don’t eat fast food much anymore! I’m sure they’re just as delicious as I remember.

Of course, this is all just opinion-based and we all have various different favorites! In my opinion, fries are fries. Enjoy them!