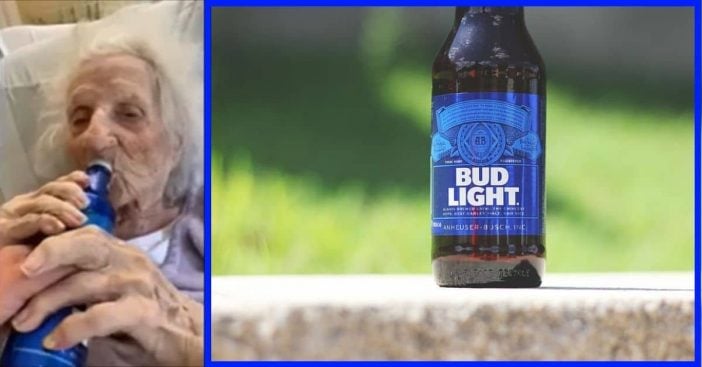 At 103, Jennie Stejna stood in a high-risk group in the face of COVID-19. Indeed, when she contracted the deadly disease, Stejna faced a grueling, weeks-long battle. But with her advanced age came advanced toughness, and a little under three weeks later, Stejna got to celebrate beating the virus.

Nursing homes can quickly become tragic hotbeds of the coronavirus. And Stejna was the first among her neighbors to show signs of having the virus. But she would not be a tale of heartbreak and loss. Instead, her family can celebrate the grandmother as a beacon of hope in these dark times. And they already have declared her a spark of light for all to take inspiration from.

Jennie Stejna fought the virus against all odds

As of Thursday, a New York Times database counts 94,895 cases of the coronavirus in Massachusetts, where Jennie Stejna lives in a nursing home. The database further specifies 6,640 deaths, according to People. For the most part, the virus has proven to be lethal for those 65 and older and with preexisting health conditions. At 103, Stejna might not have made it much longer. Her family certainly expected this to be the end. Everyone was wrong.

RELATED: Lesley Stahl Of ’60 Minutes’ Reveals She Was Hospitalized For Severe Case Of Coronavirus

Stejna’s health declined approximately three weeks ago. Her condition seemed grim. But, by May 13, Stejna was officially clear of the virus. That did not mean she was out of the woods yet, as her condition still seemed rocky. But after 20 days of battling, her condition improved. To celebrate her status as a coronavirus champion, facility staff let Stejna knock back some sips of her favorite drink: Bud Light. According to her grandson David Stegna, “She put it to her lips and said, ‘Ooh, that’s cold. It’s good when it’s cold.'”

Stejna lives as a symbol of hope

Overcome, granddaughter Shelley Gunn simply said, “We’re truly very thankful.” Her husband, Adam Gunn, added with humor, “This feisty old Polish grandmother of ours officially beat the coronavirus.” To hear her family speak of Jennie Stejna, she seems like just the person to fight off this virus. “She would say, ‘You gotta have a cold beer when it’s hot out during the summertime,'” said her grandson David. “in the day she would say, ‘I think I’m gonna split a beer.’ She would never say, ‘I am going to have one.’ She’d sip about two and would do it sort of on the down-low.”

When asked by Adam Gunn if she was ready to go to heaven, the Polish-American who grew up in Western Massachusetts replied, “Hell, yes.” And even while she felt worse and worse from the virus, her biggest complaint was not hearing Red Sox games on her handy transistor radio. Her family states Stejna has a very sharp mind, so perhaps she knows how much of an impact her attitude and recovery have had on those who love her. David felt she lived because she had a purpose to fulfill in this world. “As she pulled through this, I think we might have found her purpose. And that is to give people a glimmer of hope. There’s a perception that this disease is a scarlet mark, and if you get it, it’s over.” Truly, no one shows that hope remains stubbornly present better than Jennie Stejna.

Previous article: Robin Williams’ Son Is Working With A New Mental Health Program In Honor Of His Dad
Next Post: Woman Shares Clip Of Mom Wearing Bridal Gown To Her Wedding