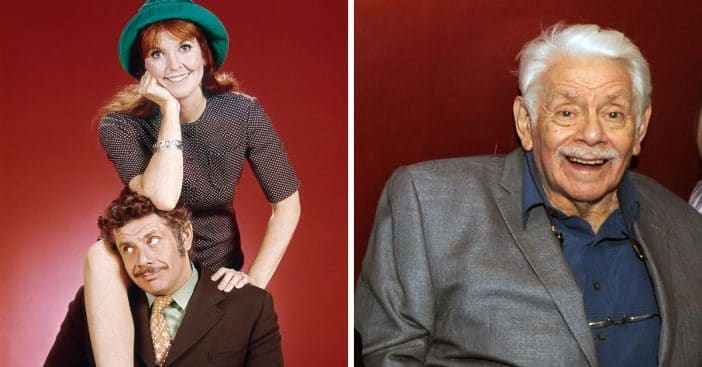 Actor and comedian Jerry Stiller has died. He was 92 and his son, actor Ben Stiller confirmed that Jerry passed away due to natural causes.

Ben shared the news on Twitter, writing, “I’m sad to say that my father, Jerry Stiller, passed away from natural causes. He was a great dad and grandfather, and the most dedicated husband to Anne for about 62 years. He will be greatly missed. Love you Dad.”

I’m sad to say that my father, Jerry Stiller, passed away from natural causes. He was a great dad and grandfather, and the most dedicated husband to Anne for about 62 years. He will be greatly missed. Love you Dad. pic.twitter.com/KyoNsJIBz5

Jerry was born Gerald Isaac Stiller on June 8, 1927, in New York. After returning from service during World War II, he attended Syracuse University. He studied Speech and Drama there. Jerry began to act in plays and soon met his wife, also an actor-comedian, Anne Meara. They married in 1954 and began to act as a comedy team.

RELATED: 15 Crazy Lookalike Photos Of Celebrities And Their Kids At The Same Age

They began performing together at the company The Compass Players (later becoming The Second City). The couple called themselves Stiller and Meara and became very successful on television in the ’60s and ’70s. In addition, they would often appear on The Ed Sullivan Show.

After variety shows stopped airing on television, they had their own sketch show, hosted HBO Sneak Previews, and did radio commercials. In 1986, the couple had their own sitcom called The Stiller and Meara Show. However, the show did not last long. Later, Jerry’s career in sitcoms did flourish.

In the ’70s, they decided to pursue individual careers. They had two children together, Ben and Amy, who have both pursued acting careers as well. Jerry found huge success playing George Costanza’s father, Frank Costanza on Seinfeld in the ’90s. He then went on to play Carrie Heffernan’s father, Arthur Spooner on King of Queens.

Jerry had a successful movie career too

In addition, Jerry has appeared in many movies over the years, including Zoolander, Hairspray, The Heartbreak Kid, and more. Jerry often appeared in movies alongside his son, Ben. He also wrote the memoir Married to Laughter: A Love Story Featuring Anne Meara.

He is survived by his children, Ben and Amy, and two grandchildren. His wife Anne passed away in 2015.

In conclusion, take a look back on the comedy duo Stiller and Meara:

Click for next Article
Previous article: How Archie Bunker Forced People To Look Inside Themselves And Shape Up
Next Post: Jenna Bush Hager Shares Tribute To Her Mother And Late Grandmother