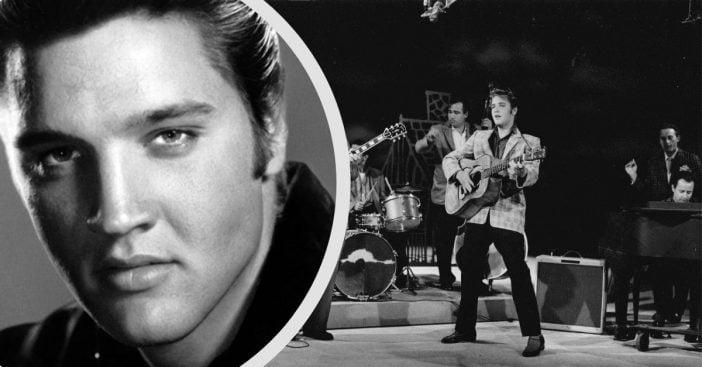 Elvis Presley became famous for many reasons. A lot of people remember him first and foremost as the King of Rock and Roll. Understandably so, because of his huge impact on music. People remember the stunning property of Graceland and his humble small homes alike. But he also put his music to good use in humanitarian causes. He also used it to promote loving and supporting one another. This occurred when he sang “Peace in the Valley” on The Ed Sullivan Show.

This event almost did not happen, at least, not as planned. Initially, singing a gospel tune on prime time television did not get approval. Fortunately, though, Presley got his way, and it’s a good thing too. Changing anything about his performance would have negatively impacted the power behind the message he delivered so masterfully.

That year marked very volatile times around the world

When Elvis Presley appeared on The Ed Sullivan Show to sing “Peace in the Valley,” the year was 1957. The year had barely begun, yet the world lived in the wake of events from behind the iron curtain. From October 23 to November 10, 1956, Hungarians staged an uprising to protest the republic and its policies, backed by the Soviet Union. Their efforts were valiant but ultimately thwarted and resulted in a major and deadly crackdown by the Soviets. People from all over the world poured in to offer help to those negatively affected in Hungary.

RELATED: Tom Hanks Has Begun Filming For The Elvis Presley Biopic In Australia

And for those who did not know about it or how they could help, Elvis Presley worked to fix that. His performance of “Peace in the Valley” was to raise awareness for Hungarian relief, Elvis Rocks Online reports. He chose a perfect piece that speaks of endurance and the promise of a better tomorrow, just keep going and trust in a higher power and your own strength.

Performing “Peace in the Valley” spoke to Elvis Presley’s character

Presley’s work for that episode’s appearance really marked what kind of man he was deep down and spoke to his character. Ed Sullivan’s primary concern was about singing a gospel song on primetime television. He didn’t doubt Presley could pull the tune off, focusing instead on precedent. But Presley’s response was succinct and powerful: “But Mr. Sullivan, I promised my Mama.”

It still turned heads, but Sullivan readily defended the King against everyone who doubted and critiqued the choice. He also directed his efforts towards promoting Presley’s latest work, which at the time included making Running Wild with producer Hal Wallis. Presley took a risk in that episode, but it was a worthwhile one. Watch it below.

Click for next Article
Previous article: Betty White Opens Up About Her Love Life And Past Relationship Regrets
Next Post: Jenna Bush-Hager Talks About How Her Father Reacted To Her Underage Drinking