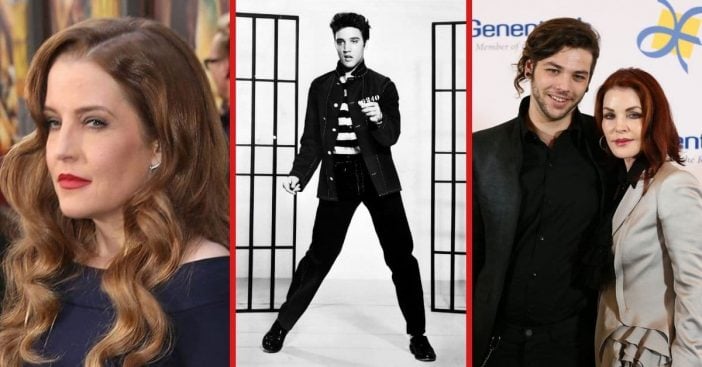 Many couples go separate ways. Even when one partner is a music legend, sometimes things do not work out. In fact, sometimes that fame contributes to a divorce. Regardless, it is no surprise that even famous couples don’t stay exclusively together. Such was the case with Priscilla and Elvis Presley, who have a different amount of children.

Both did, indeed, become parents. But they became parents to a different amount of kids. So, when speaking of children related to the famous, if brief, couple of Priscilla and Elvis Presley, it’s important to distinguish what is meant.

Priscilla and Elvis Presley had one child together

Together, Priscilla and Elvis Presley had one child. That is their daughter, Lisa Marie Presley. Lisa Marie was born on February 1, 1968 (precisely nine months after her parents’ wedding) in her father’s native Tennessee. Also like her father, she displayed a knack for music. This drove her to success as a singer and songwriter. She herself has some different relationships, just as her parents. Past partners include Nicolas Cage and Michael Jackson.

Her marriage to music producer Michael Lockwood brought about the birth of their twin girls. Those twin girls ended up with Lisa Marie, primarily, as when she split with Lockwood, she claimed to have found hundreds of disturbing images on his computer. Lisa Marie is the sole heir to the Presley estate.

Meanwhile, Priscilla Presley has two children, one of them not belonging to Elvis

Priscilla did not stay out of the dating scene after splitting up with Elvis. First, she was with karate instructor Mike Stone, according to Express. She also entered a relationship with Terry O’Neill, a photographer, before seeing the lawyer Robert Kardashian, financier Kirk Kerkorian, and model Michael Edwards. Finally, she started seeing Marco Garibaldi in a relationship that lasted some 22 years. It was with him that she had her second child, a son named Navarone Garibaldi.

Interestingly, Navarone, born March 1, 1987, also became a musician. He drew inspiration from Nine Inch Nails and Nirvana when starting up his own band, Them Guns. Perhaps that influence was wise, because his band has been met with numerous sold out shows globally. Since Navarone, Priscilla has had no other children.

Click for next Article
Previous article: Harold Reid, Member Of The Statler Brothers Dies At 80
Next Post: Bindi Irwin Is Trying To Play Matchmaker For Mom Terri