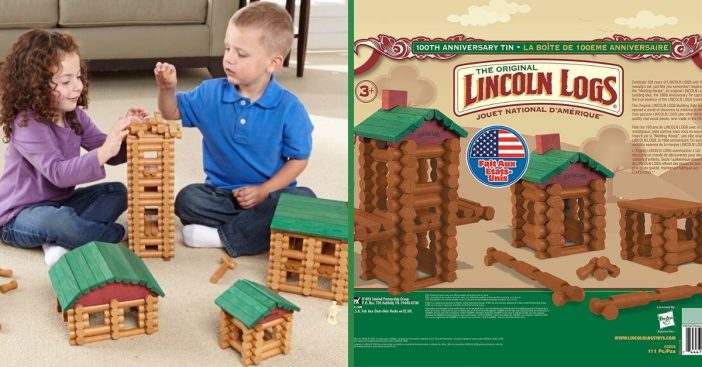 Around 1916, John Lloyd Wright gave America Lincoln Logs. His contribution parallels that of his father, Franklin Lloyd Wright, the famous architect. And, sure enough, Lincoln Logs helped bring out the architect in all of us. By 1999, they became part of the National Toy Hall of Fame.

Treasures like these represent the fun that keeps on giving. That’s what made them so celebrated. Lincoln logs were not just toys; they also proved excellent educational tools. Playing with these early on developed important skills for young ones. As such a ubiquitous part of everyone’s childhood, everyone learned and benefited from these toys.

Who said learning could not be fun, too? Indeed, plenty of kids learned and built their developmental skills without even realizing it. There is an abundance of research focusing on the benefits of unstructured block play. This, the research asserts, helps children develop spatial awareness and problem solving skills. Lincoln Logs allowed for exactly this type of playtime.

RELATED: ‘Dick And Jane’ Books Were A Revolutionary Way To Teach Kids How To Read

Then, when it came time to following instructions, they also granted the opportunity for structured block play. Lincoln Logs provided blueprints for kids to reference, according to Fatherly. Using these benefited children to the same extent in different ways, helping kids as young as three with math.

Their influence is felt today

In many ways, Lincoln Logs remain relevant today. They are far too timeless and enduring to not exist and have an effect on modern playtime. But their influence expands even beyond that, too. In a way, they shaped advertising. Fatherly writes how Playskool wanted to see how television could be used as an advertisement tool. The logs made campaign rounds in the ’50s and enjoyed high sales. Success showed that this was, indeed, a successful method of reaching their target audience.

But Lincoln Logs also have influence that reverberates into other toys, and deservedly so. They stand as one of the oldest building toys ever made – and they’re still in production. For awhile, they had a production stint in China, but they came back to the U.S. in 2014. And when kids do have a set, they can use The Free Universal Construction Kit. This tool features dozens of adapters that allows for play with LEGO sets as well. Then, when the kids are grown up and put the set away, they might see a giant Lincoln Log building, like the Hakone Pavilion in Tokyo. Though these are nostalgic toys from our youth, they’re not going anywhere and are actually everywhere!