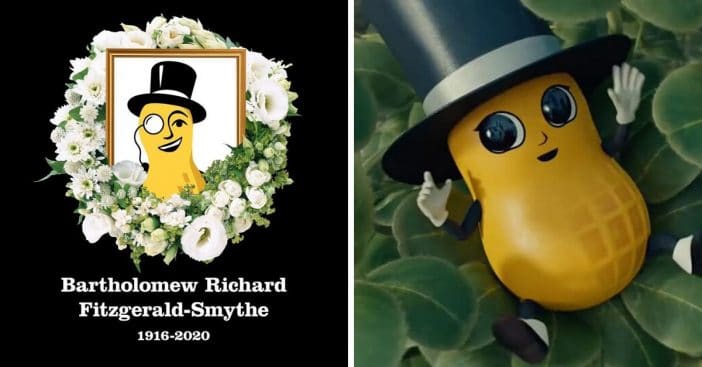 While we previously reported that Planter’s Mr. Peanut had died, he came back in the newest Super Bowl commercial. However, he looks a little bit different these days! Planter’s decided not to kill off Mr. Peanut for good after the news of Kobe Bryant and the other helicopter crash victim’s deaths.

In the newest Super Bowl commercial, actor Wesley Snipes is seen talking at Mr. Peanut’s funeral. Other characters including the Kool-Aid Man and Mr. Clean were also seen at the funeral. In the ad, the Kool-Aid Man sheds a tear over where Mr. Peanut is buried. Then something happens…

To everyone’s surprise, the plant sprouts and a baby Mr. Peanut comes up. He is named Baby Nut, and many compare his cuteness to Baby Yoda. At first, Baby Nut makes dolphin-like noises and then says, “Just kidding. I’m back.” He then asks, “Where’s my monocle?”

After the ad aired during the Super Bowl, he then tweeted to the world. He wrote, “Hello world, I’m happy to be back! I can’t believe everyone came together for little old me! #BabyNut” It has since been retweeted almost 10,000 times. In conclusion, watch the ad below: