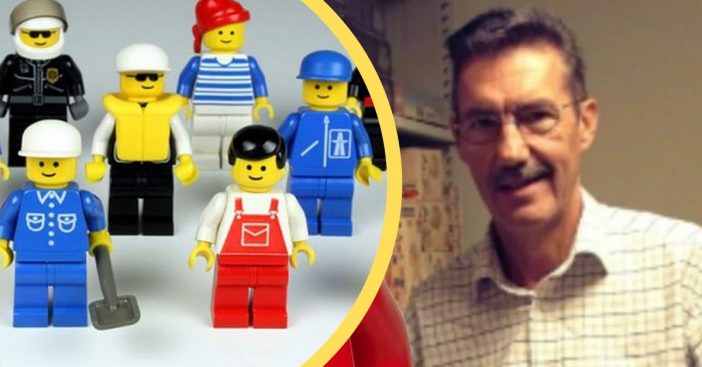 Jens Nygaard Knudsen, the inventor of the Lego minifigure, died at the age of 78. Knudsen passed away on February 19 in western Denmark. CNN reports he suffered from amyotrophic lateral sclerosis (ALS).

LEGO announced his passing with a tweet on February 24. They cited his tremendous contribution to the iconic toy line. Additionally, the Denmark-based company thanked him for his “ideas, imagination” and for “inspiring generations of builders.” Matthew Ashton, vice president of design, also cited Knudsen as the man who got him where he is today.

We're very sad to hear that Jens Nygaard Knudsen, the creator of the LEGO Minifigure, has passed away. Thank you Jens, for your ideas, imagination, and inspiring generations of builders ❤️ pic.twitter.com/7YixYvHtRW

Master carpenter Ole Kirk Kristiansen founded the Lego Company in 1932. Initially, the establishment made regular tools as well as wooden toys. Eventually, though, the company earned the name Lego, which is derived from the Danish words “leg godt,” meaning “play well.” In 1968, Jens Nygaard Knudsen joined the company. He ultimately became the company’s chief designer, but along the way he shouldered an important task.

RELATED: Students Give Switch-Adapted Toys To Kids With Motor Impairments For Easier Play

Knudsen was responsible for designing miniature figures to go along with Lego playsets. Today, they are iconic parts of the beloved construction toys. But it took Knudsen a few tries to get it right. Initially, the minifigures turned out too big for the small Lego environments. First came an “Extra,” which had very limited means of movement and did not spark much creativity. Finally, in 1978, he developed something like the Lego figures we know today. They had simple facial features with “no obvious ethnicity.” Instead of stiff arms, Lego minifigures later moved at the joints. Additionally, they later had C-shaped hands. This simple design choice let them interact with other pieces.

A fair amount of Lego history is covered in the book A Million Little Bricks: The Unofficial Illustrated History of the LEGO Phenomenon, authored by Sarah Herman. Naturally, Jens Nygaard Knudsen is a key figure in the historical exploration. “As a child, when you’re creating and building an imaginative world from Lego, being able to play with real people in that world is part of the pleasure and fascination and gives character and life to whatever you’ve created,” she stated. To maximize creative output, the early Lego figures took the form of relatable people to better enrich the Lego world. They included knights, astronauts, doctors, gas station attendants, officers, and more. Knudsen also made sets for these Lego people. The castle sets became one of the most beloved available and remain treasures to this day.

Julia Goldin, Lego’s chief marketing officer, mourned the loss of Jens Nygaard Knudsen as the loss of a titan. “Jens spent 32 years with the LEGO Group and made an impact few can match,” she said. “He was a true visionary whose ideas brought joy and inspiration to millions of builders around the world and we thank him for helping to create some of our most loved play themes.” Matthew Ashton, vice president of design at Lego, called Knudsen an “unsung hero” of the toy industry. Indeed, that has been the aura about Knudsen for years now, as little is known about his personal life. But those who survive him include his wife, Marianne. Knudsen also lives on through the universal impact he had on toys, households, and childhoods everywhere.

Without him, I would have never been inspired to do the things I do today, without him I wouldn’t even have my job today! What an amazing man, and what an incredible legacy he leaves behind. RIP – Jens Nygaard Knudsen, 25th January 1942 – 19th February 2020. @LEGO_Group pic.twitter.com/rqLfvkHZHX

Click for next Article
Previous article: Western Film Icon, Ben Cooper, Dies At 86
Next Post: Dunkin’ Has Several New Menu Items Including A Bag Of Bacon