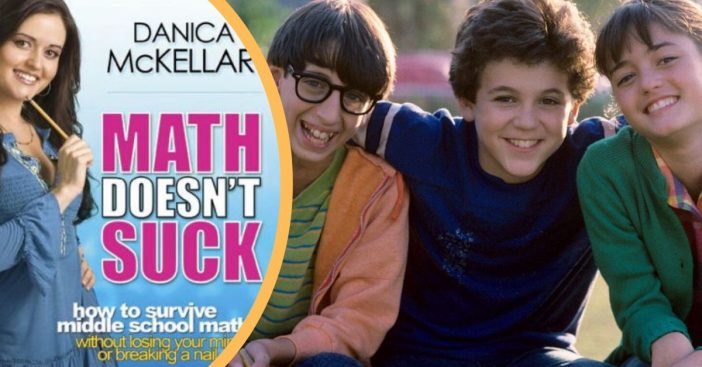 For many young audiences in the ’80s and ’90s, Winnie Cooper easily captured their hearts. Responsible for bringing Winnie to life was Danica McKellar. Winnie’s neighbor, Kevin Arnold, also grew fond of Cooper. Eventually, the TV duo developed a close relationship, from friends to something more. When not with Cooper, Kevin pined for her throughout the ABC dramedy, The Wonder Years.

Observing the lore of The Wonder Years, Mckellar’s character graduated high school in 1971. Today, Winnie would be in her mid-sixties. While we don’t know what happened to Winnie after the events of the show, we do know what Danica McKellar got up to afterward.

Danica McKellar followed a recognizable track for an early ’90s television icon. Fans may think of Candace Cameron Bure from Full House, now a low-key but beloved part of Hallmark’s Christmas lineup. They avoided earning the spotlight for outrageousness and quietly established a strong presence on cable television.

RELATED: You Can Now Attend Hallmark’s First Ever ‘Christmas Con’ In New Jersey

Danica McKellar too heard the summoning call from Hallmark. She has eight of their movies in her resume, a fact that she is very proud of. “They’re just so good-natured,” she said to NBC’s Today. “They tell good stories about good people.” While sharing this, she was promoting the movie Love in Design for, you guessed it, Hallmark.

Even after being known as many kids’ first crush, Danica McKellar dabbled in many genres and activities. She made an appearance on How I Met Your Mother to great success. She appeared in another sitcom-esque show, The Big Bang Theory; both times featured her as a love interest. But she also appeared in more dramatic shows, including crime shows like NCIS and political dramas such as The West Wing. Outside of entertainment, McKellar, like many other young stars before and after her, took time to live a more relaxed life. She attended UCLA, graduating with a degree in mathematics.

With that degree comes a lot of passion for the subject, as she told the UCLA alumni association the math building’s graduate lounge was her absolute “favorite place to study.” She has commendable work to show for her degree, as she went on to publish an academic paper. Publication requires intense scrutiny by established peers, exhaustive research, and meticulous composition. She, fellow student Brandy Winn, and UCLA professor Lincoln Chayes wrote “Percolation and Gibbs states multiplicity for ferromagnetic Ashkin-Teller models on Z2.” Their work led to the establishment of the Chayes-McKellar-Winn Theorem.

Danica McKellar took that passion and helped others experience it

It takes a lot of dedication to not only compose an academic paper but also go through the necessary motions to have it published. With academic approaches so divisive, McKeller understood the importance of ensuring young students don’t feel intimidated and give up before they even try to learn math. This determination led to the creation of Math Doesn’t Suck, a palatable guide to math.

The book’s mission was to help middle schoolers, particularly female middle schoolers, understand the new concepts presented to them. By the time they reach those grades, students have to think in new and deeper ways. Drowning in feelings of intimidation makes success all the more challenging. Between Math Doesn’t Suck, Kiss My Math, and Hot X: Algebra Exposed, McKellar has sold 500,000 math books. All these titles came by popular demand, so helpful was her first guide.

RELATED: Hallmark Is Creating Their Own Radio Station, So You Can Listen To Christmas Music ASAP