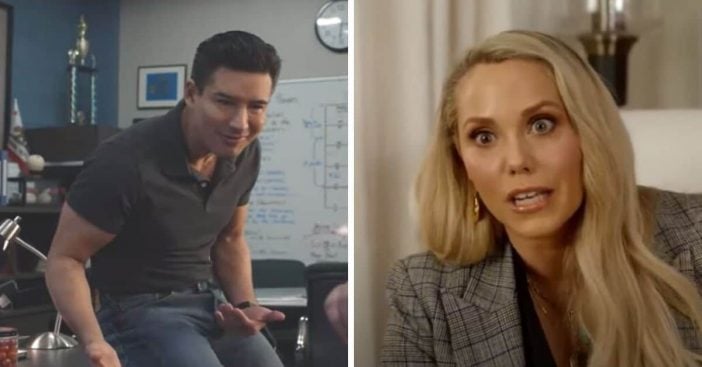 The Saved by the Bell first look is here! The teaser trailer has been released and it is comforting to see Mario Lopez and Elizabeth Berkley come back to reprise their roles. They will once again play A.C. Slater and Jesse Spano in the reboot series.

In the reboot, Mark-Paul Gosselaar is also back as Zack Morris. Now, he is the Governor of California! He finds out that he closed too many low-income schools in the area, so many of those students will be sent to Bayside High. These days Bayside is home to many rich and spoiled kids.

The trailer reveals that Slater is now a gym teacher at Bayside. He asks Jesse in the clip, “Remember how much fun high school used to be?” She replies, “Can you believe that was like 30 years ago?” The clip also shows how much the school has changed, with new technology.

RELATED: Mario Lopez And Elizabeth Berkley Give First Look At ‘Saved By The Bell’ Reboot

With a lot of the older faces, there are plenty of new ones in the reboot. Newcomers include Josie Totah, Mitchell Hoog, Belmont Cameli, Dexter Darden, Haskiri Velazquez, and Alycia Pascual-Pena. Zack Morris and Kelly Kapowski’s son, Mac Morris, will be played by Mitchell. Jesse’s son, Jamie Spano, will be played by Belmont.

Slater talks to Mac and Jamie in his office and jokes, “When I was in high school, I constantly used to fight with my best friend over a hot girl. Oh, it was actually your dad, over your mom!” he tells Mac. “Then I just found another girl I really liked and started hooking up with her instead,” Slater adds. “Oh wait, that was your mom!” he tells Jamie.

Even though production has been postponed due to the coronavirus outbreak, NBC’s new streaming service Peacock hopes the series will still premiere in 2020.

Watch the teaser trailer below and get ready for some nostalgia!

Click for next Article
Previous article: Check Out These Musical Movies That Are Available For Streaming Right Now
Next Post: Donny Osmond Will Appear In ‘Disney Family Singalong’ Tonight On ABC