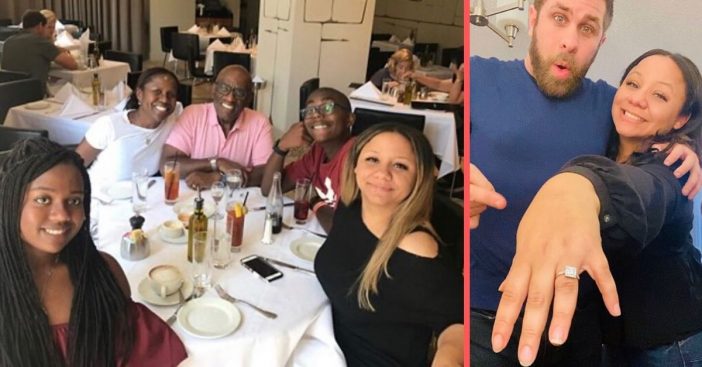 Al Roker‘s daughter Courtney got engaged over the weekend! Her boyfriend, Wesley Laga proposed at home, during the coronavirus pandemic. They were supposed to be on vacation in Paris, but obviously their travel plans have been changed. It seems Wesley decided to keep his plan of proposing!

Courtney shared photos of herself and Wesley on Instagram, showing off her gorgeous engagement ring. She wrote, “Life sometimes takes you in a different direction for a reason. We should have been in Paris, but with how the world is at the moment, it was placed on hold.”

She continued, “Instead, Wes brought Paris to me with the music, lights and live cam shot of the Eiffel Tower on our TV. I said yes to my best friend last night and I am over the moon! Thank you, Wes, for making me your partner in crime for life. I love you ❤️”

RELATED: Everyone Is Freaking Out About The ‘Broom Challenge,’ Al Roker Debunks It

Al seems so thrilled with the news! He shared his own Instagram post saying, “I was waiting to get the ok, but now that it’s on her insta, we are so thrilled the @djweslaga asked @ouichefcourtney to marry him. #shesaidyes Could not be more thrilled for these two.”

Courtney works as a recipe developer, a job that Al says has been in the making since she was young. He once said, “Courtney always liked to cook. She loved food presentation, too. I remember when she was 6 or 7, she would go out and pick flowers to decorate the plate.”

Congrats to Courtney and Wesley!